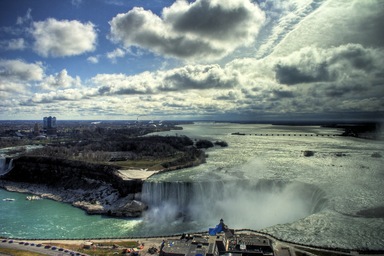 To celebrate ye olde Christmas tradition of giving books chock full of useless facts – usually only read on the loo – we thought we’d share a video on some curious geographical factoids. You never know when the info will come in handy! Enjoy.

And for those too lazy to watch the whole video (It’s OK, it’s a few days before Christmas… you’re busy!), here are the facts listed below:

1. Central Park in New York, at 80 acres, is bigger than the Principality of Monaco.

3. Holland is the lowest country in the world, with around third of the land below sea level.

4. If Manhattan had the same population density as Alaska there would only be 17 people living there.

6. Only about 2% of the islands in the Caribbean are inhabited.

7. Antarctica is the only land in the world not owned by any country.

8. Canada has an estimated 200 lakes, more than the rest if the world combined.

9. There are more Irish in New York City than in Dublin, more Italians than in Rome and more Jews than in Tel Aviv.

10. Since its formation more than 12,000 years ago, erosion has caused Niagara Falls to move backwards by about 7 miles (11kms).

Do you know any outstanding geographical facts? If so, do share in the comments below.