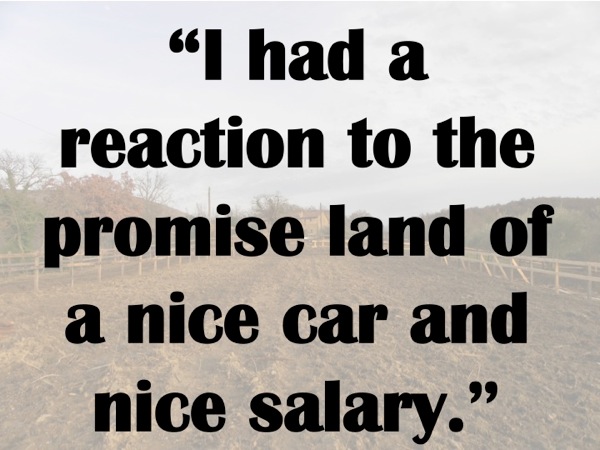 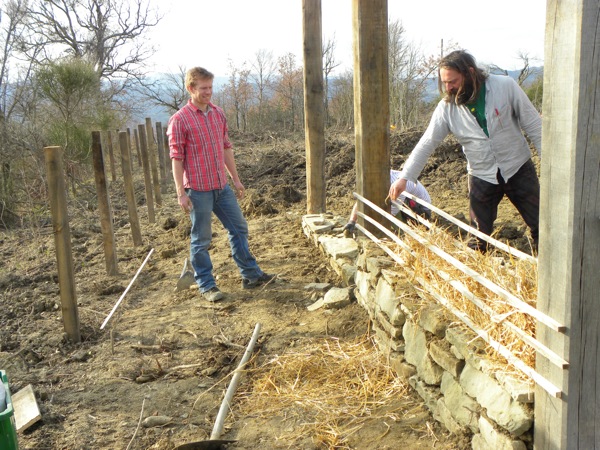 Ben Keene, on the left, surveys his handiwork building a mud and straw wall. All images © Gabi Logan.

At the opening of Tribewanted‘s new site in Italy (read our report on the opening), I caught up with social entrepreneur Ben Keene, co-founder of Tribewanted, on the new site, future plans, and how he got interested in creating a new model of sustainable tourism in the first place.

How did you choose Monestevole as your next Tribewanted location?

When we came here it was already a great space and community, but it required a lot more [physical] work. The roof was leaking, all the windows had to be redone, bathrooms refitted, everything painted, and energy and heat systems replaced. But with Montetsio, we’d have to build a community from scratch. Every situation has different things that you have to adapt to. On Fiji, there were people coming and going, commuting to a nearby island, and in Sierra Leone, there was a fishing community nearby, but it wasn’t the basis of the community we were building. 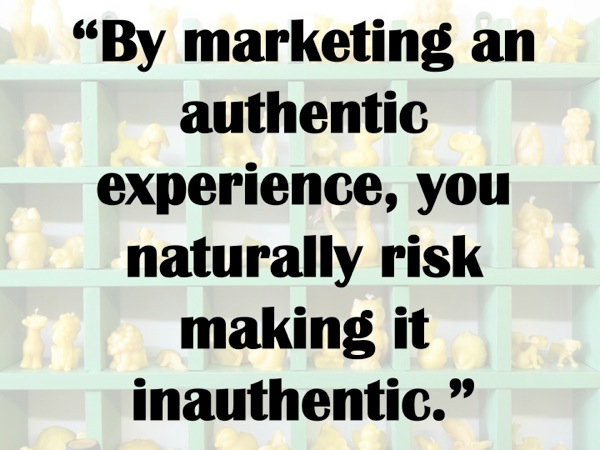 hat is your ideal vision for a guest’s experience here as part of the tribe?

A vacation that’s relaxing at times, promotes health and provides a connection with nature. But you also want to have a collection of moments, of memories that make them feel different and stimulate them in a way a traditional agritourism wouldn’t. The best way to do that is through participation. Most people are coming through the tribe, so they know people here and what to expect. We’re obviously trying to promote a certain type of experience, but you can’t guide that, you have a certain type of person coming and the people here and how they all react.

When did you know you wanted to get into sustainable tourism?

The moment was clear in undergrad. I went to the place where all the people who don’t go to Oxford go. Within a year, companies were starting to recruit. Some alum stands up and says, “This is why you want to work at this company. Here are the material benefits.” But they were talking to people who studied anthropology, African studies. I did politics and philosophy. And I had a reaction to the promise land of a nice car and nice salary. I thought, “Is this really it?”

I went to Kenya on a different project and saw the fine line of tourism that is sustainable vs. negative. I’ve seen volunteers have more negative consequences than good, even though some are really effective. It’s more about the volunteer’s experience getting perspective on their lives.

I wanted people not to be dependent on volunteers to get work done. I got interested in building different models, because I thought that type of help wasn’t scalable. We aren’t an NGO; we’re interested in being profitable but making social impact.

Your first Fiji project got quite a lot of press, and there’s a lot of places people can read about it, including your book, but can you tell me a little bit about how that influences the project today?

We went into the project saying [to the Fijian tribe], you guys guide us. We wanted to make the most of learning about this traditional way of life and show visitors how a traditional Fijian village works. In a week, without it being forced, you could learn about greetings, ceremonies, that everything you do is about creating trust. Like when you walk behind someone, you say, “It’s me, it’s safe.” In a week, you can get a whole PhD in Culture.

What’s the biggest challenge you’ve faced so far at this location?

By marketing an authentic experience, you naturally risk making it inauthentic. We had a meeting this morning, mostly workers actually, about project work. But there is a switch in your head from having to do the job, teachers vs. laborers. It doesn’t matter if your work slows if you’re engaging the visitor. The staff is taking it well, but awareness isn’t there at times. Here, it’s already an open experience, not like there is front and back of house, people are used to having people coming and going, and that’s about 60% of it. Now we just have to get each part of the team to figure out what they enjoy sharing. 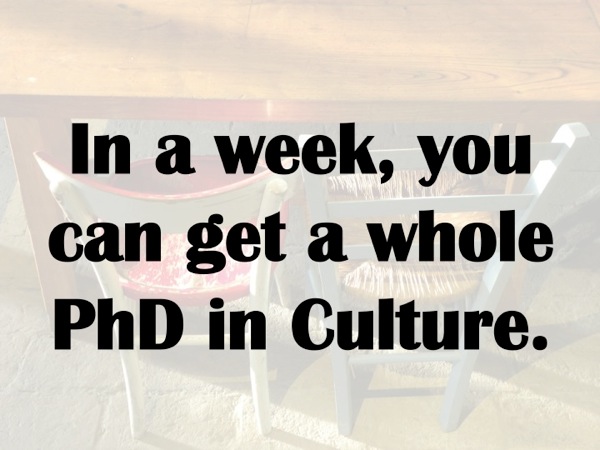 Where do you see Tribewanted opening next?

I want our model to scale. I don’t plan on just doing one project every two years. It doesn’t sound great, but to me that is a failure. [In terms of location,] I’ve got ideas for something in Southeast Asia, maybe Laos, or South America, especially Patagonia, but I’d love to do something in the U.K. Ideally, the ideas for the next location would come from the tribe – they’ve a really diverse group – and we would vote on where to set up next.

How do you feel about Tribewanted Monestevole so far, after the opening?

The best thing about this place both physically and in terms of community is that there is a solid foundation. When we came, there was already a community of people here, so we didn’t have to create that from scratch, like in Sierra Leone. What feels good now is that there is a grounded space. I haven’t spent time in other parts of the country but it seems very special here.