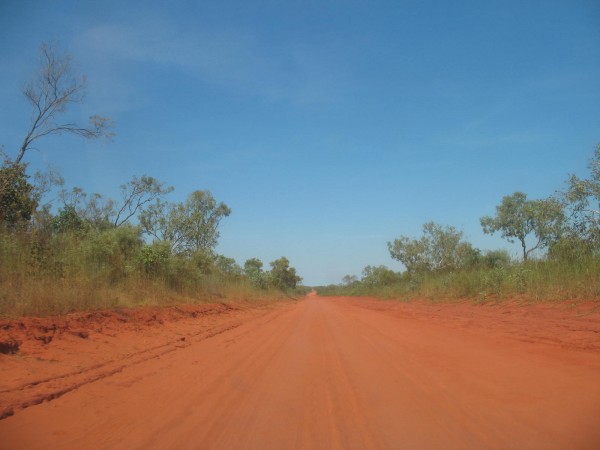 Grinning madly like a crazy teen on a roller coaster, I grip the steering wheel tightly, fighting to keep control as we fly over yet another hump in the road. Narrowly avoiding one of the many potholes, the SUV landed heavily on the red dirt. Plumes of red dust waft into the air in our wake as we speed along one of the infamous corrugated roads on the Dampier Peninsula.

The Cape Leveque Road is notoriously bad, especially just after the monsoonal rains that hit the north coast of Western Australia every year. The road becomes flooded, and some parts are washed away.

This year was no exception. In fact we were lucky to be able to make our journey at all; the road had only been open the week before we touched down in Broome – the closest, big (but still quite small) town.

After spending a week checking out Broome, we headed north towards Cape Leveque, and to our camp site within an aboriginal community, Gnylmarung. 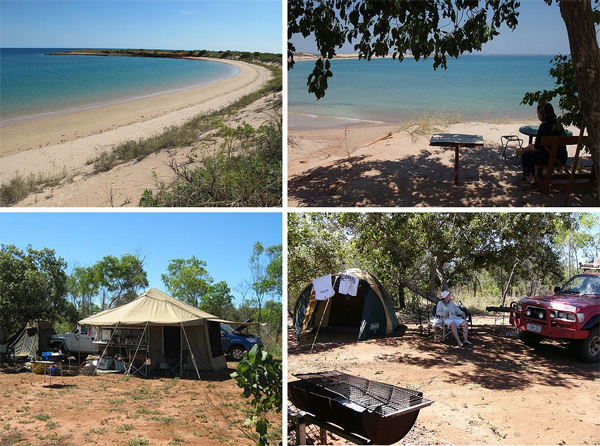 It’s all about the Journey…

If ever that old adage rang true, it was now.

And what a journey it was, too.

About 13 kms outside Broome, the bitumen road stops suddenly to become a vast red dirt road and continues for the next 90kms.

Usually, after the rainy season the road is graded by the council to make it more passable. And even though by the time we were driving on it it had been graded, you couldn’t tell.

Looking at it heading north, undulation after undulation crossed the wide expanse of road. If this is what it was like after grading, it must be horrendous beforehand, which is why it’s closed off for many months of the year. 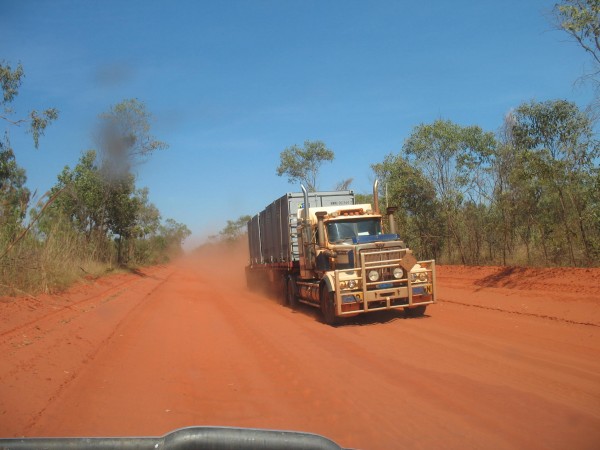 The communities – many of them aboriginal – located off the Cape Leveque Road have to rely on air transport to get supplies in and to get to and from their homes during the wet season. Road trains deliver goods for the remainder of the year.

This is the real Australia.

Aboriginal communities where they always have been.

Too hot for my lily-white Irish skin. Not for the first time since I adopted Australia as my home-for-now do I ask “What the hell am I doing here?” People this white with an aversion to temperatures over 40 degrees C shouldn’t be venturing so far north.

But here I am.

As I drive along, loving the rawness of the road, I try to imagine what it might have been like before ‘white fellas’ came on the scene, before the dirt road was made, and have a whole new admiration of the local aboriginal people. 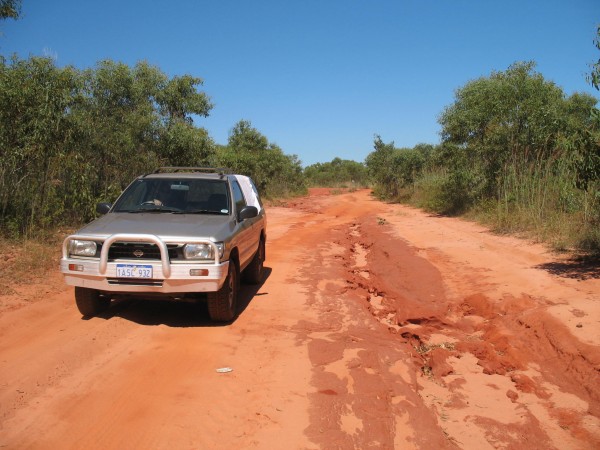 Here I was sitting on my padded, sprung seat with the air-con blasting, riding the sand waves as deftly as I could. Trying to make sure I didn’t cause any serious brain damage to my whooping one-year-old strapped to her seat in the back.

Any guilt feelings about thrashing down the road in a 4x4WD were long gone. It’s the only way to venture into the area, and I don’t say that flippantly. I mean it really is the only way. A normal car would have eaten dirt a few minutes onto the track.

There are only trucks and 4x4s on the Cape Leveque Rd. Anyone attempting it without good big wheels is far past foolhardy and closer to fool.

Back to normality… or so we thought.

When the road again became bitumized we were slightly disappointed. The bone shaking experience was fun, even for us oldies.

Another 30kms further we see the small hand-painted sign we were looking for and turn left off the Cape Leveque Road to head towards the coast and Gnylmarung.

Not long after the turn we see stretching far ahead – as far as the eye could see – another dirt road. Only this time it’s not graded. This time it’s just layers upon layers of red sand. 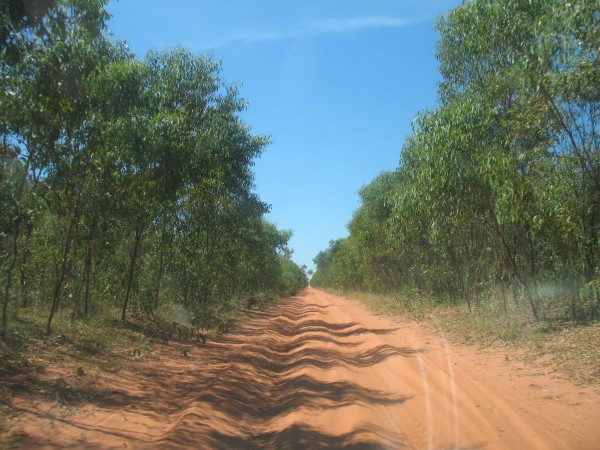 As the SUV skids along the narrow so-called-road at 20 kms an hour, we curse our disappointment, yet still secretly enjoy the experience.

And when we finally do arrive at our camp grounds we decide to set up shop before the mossies descend in their droves, leaving the rest of the Cape Leveque Road for another day.

The wet season in the Kimberley starts around October/November and finishes around the end of March, but you can get some showers at the beginning of April still. It’s a good time to go as the wildlife may hang around before the searing heat of the dry season sets in.

Many of the roads in the Kimberley are closed for much of the rainy season, so if you were thinking of driving you need to plan well ahead and constantly check road conditions. 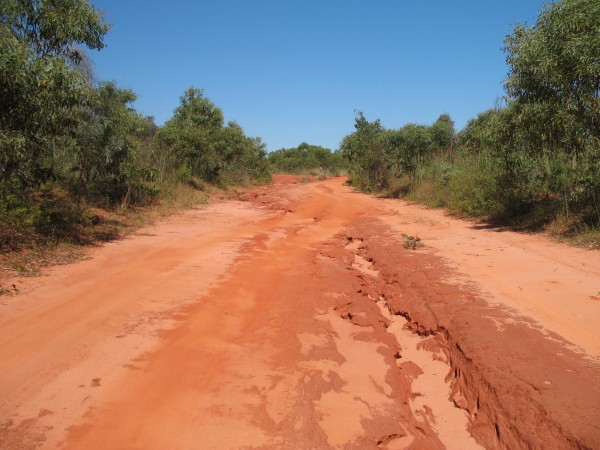 There are a few other communities dotted further up the coast and a little inland should you decide to stay somewhere else, though.

The lovely Kooljaman camp and resort sits on the tip. We visited on a day trip, which I’ll cover in another post, but suffice is to say, if you’re not into camping and want a roof over your head, then Kooljaman is a good option.

Top Tip: No matter where you decide to stay, because the area belongs to the aboriginal locals you need to request to stay on their land, even if you decide to camp independently.