Last year, we published an article on the damage large cruise ships were inflicting on Venice. Nearly 70% of the original sediment of the marshlands Venice is built on has been sucked out in the wake of these massive ships. Bad news for a city that’s already sinking.

For years, locals and environmentalists have been protesting against increasing cruise liner traffic through this fragile and rapidly degrading city.

In September this year, 50 protesters jumped into the freezing waters of the canal to stop a line of 12 cruise ships set to go past St Mark’s Square. Only two ships are meant to pass by per day. Nine of the ships were above 40,000 tonnes, the maximum limit set on ships passing through Venice.

In an attempt to curb the influx of cruise liners along this route, last week the Italian government ruled large cruise ship traffic through Venice’s lagoon will be limited, and enforced. 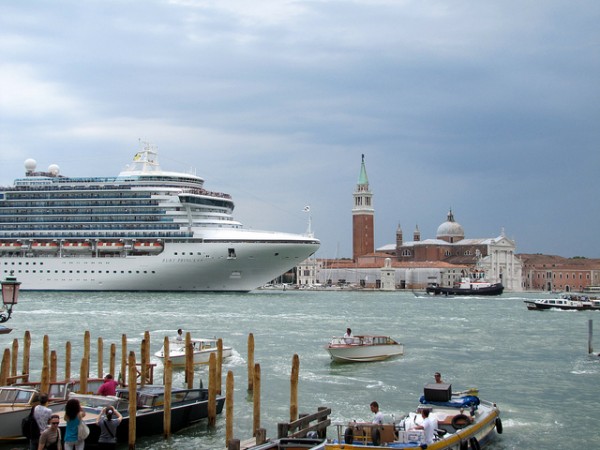 Cruise ship traffic in front of St Mark’s Square in the heart of the city will be limited from January 2014, with the number of cruise ships weighing more than 40,000 tonnes crossing the Giudecca canal cut dramatically.

The largest ships of more than 96,000 tonnes will be banned entirely from crossing Venice’s lagoon come November 2014.

Cruise fanatics may not be too pleased; especially those who have already booked their cruise through this historic city. 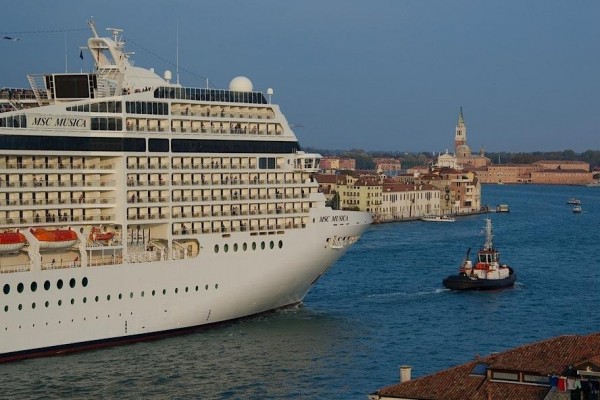 While viewing Venice’s landmarks from a prime position on the top deck is something many cruise aficionados will have had on their travel bucket list, of the people I’ve spoken to who have already sailed this route, even they realize that without doing something to curtail traffic through this busy shipping lane, Venice may not be around for future generations to enjoy.

Scientists estimate Venice is sinking at a rate of 2 millimetres a year. The large quantities of water displaced by cruise liners only exacerbates the problem.

An alternative is to reroute the cruise ships through a new access channel to the main shipping terminal. This is not without its own problems. Local activists think dredging to create a new channel near Venice will have a devastating environmental impact on the city.

Either way, something needs done. Finding a long-term sustainable option is never easy!

Watch this to gain a little more insight: