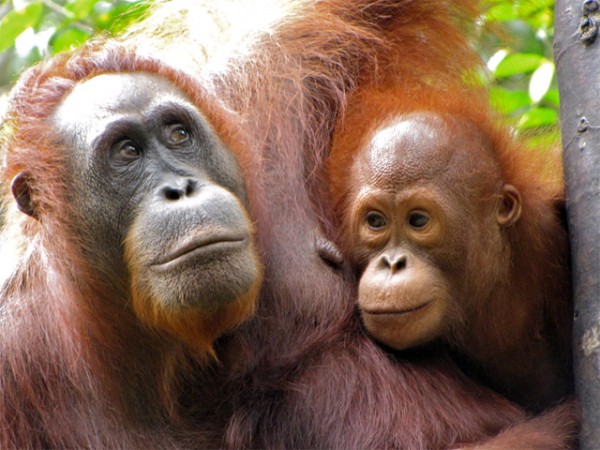 Many visitors to Borneo who are interested in eco travel make a bee-line for the well-known orangutan rehabilitation sanctuary at Sepilok, near Sandakan in the Malaysian province of Sabah. Fewer people know there is another orangutan sanctuary just 45 minutes’ drive from Kota Kinabalu.

The 64-acre nature reserve was established by the Shangri-La Rasa Ria Resort and the Sabah Wildlife Department in 1996. Rasa Ria is a fancy beach-side hotel, but it is possible to visit without staying there – to experience the nature reserve, including the orangutan sanctuary and jungle canopy walkway, as well as the hotel restaurant and beach. 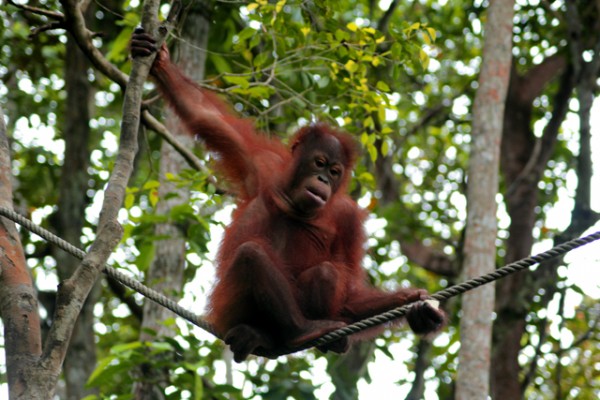 Adjoining the hotel grounds is a protected ecological space dedicated to supporting the endangered wildlife of Borneo. The nature reserve is home to 67 different species and there is a veterinarian clinic, ranger station and food preparation kitchen all on site.

The Rasa Ria Nature Reserve works in conjunction with the Sepilok centre, taking in the youngest rescued orangutans and helping them through the initial phase of rehabilitation. The youngsters stay here three to five years until they are big enough to fend for themselves in the jungle and ready to be transferred to Sepilok for subsequent phases of rehabilitation.

The team here has seen 29 orangutans successfully rehabilitated and there are currently four babies aged between three and six years: Katie, Wulan, Tenten and Itinban.

The stories of these beautiful creatures are all too common; of rescue by workers at the huge palm oil plantations in Tawau. Orphaned and robbed of their habitat they would stand little chance without human intervention. 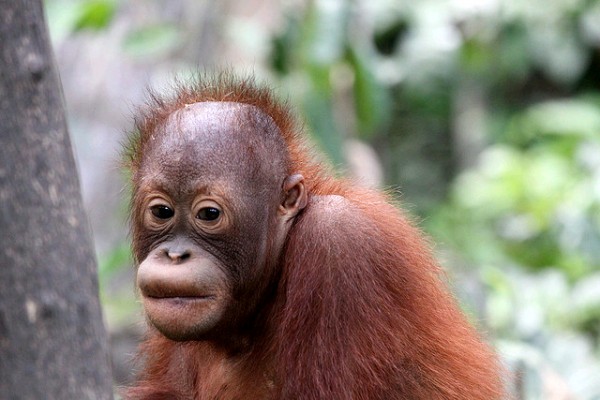 As well as welcoming visitors to view the orangutans, the Rasa Ria Nature Reserve also runs programmes for local students, with the aim of raising awareness about the need to protect this precious species.

In 2009, the Sabah Wildlife Department and Shangri-La initiated a wildlife rescue unit to complement the rehabilitation centre. Around 20 rangers were recruited from local communities in Sabah and this team works to rescue elephants and orangutans across the province.

So is the orangutan rehabilitation sanctuary at Rasa Ria as good as the famous one at Sepilok? I have spoken to people who have visited both and they agreed that although there are more orangutans at Sepilok, Rasa Ria offers the chance to see them much closer as they are still at the stage of being quite comfortable around humans. I can certainly attest to that – one of the young animals came within a metre of me. 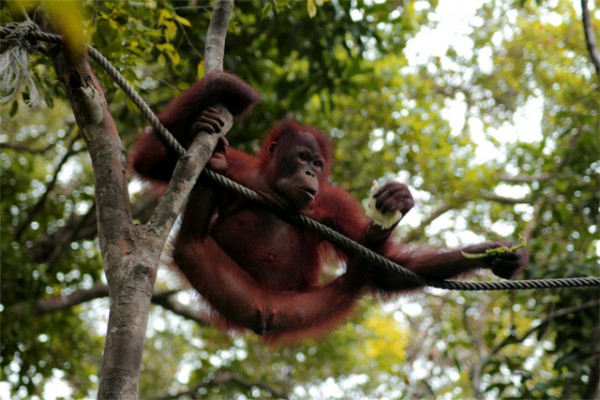 The other difference is that at Rasa Ria you see babies and youngsters, whereas at Sepilok you will see adults. For me the proximity to Kota Kinabalu, where I was based on my Malaysia holiday, was a key point.

To visit the Rasa Ria orangutans call or email the Nature Reserve at least 72 hours before you wish to visit – this is important, both to reserve your place and ensure that they are offering orangutan viewing walks on that day. The cost is 65 Malaysian Ringgits (around $30).