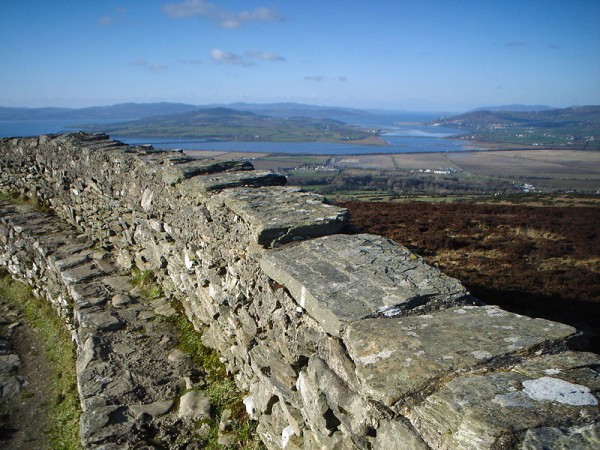 The dry stone walls of Grianán of Aileach.
Image: jjones55

Walking towards the ancient round fort I’ve visited so many times before, I somehow feel different. A new appreciation for the site and surrounds in my old age makes me see the place in a whole new light.

Grianán of Aileach (Fortress of the Sun) is a wonderful sixth century stone fort, which sits atop a 244 metre high hill in Burt, Co. Donegal, about 11 kms from my hometown of Derry, or Derry~Londonderry, as it’s been recently christened by the media. 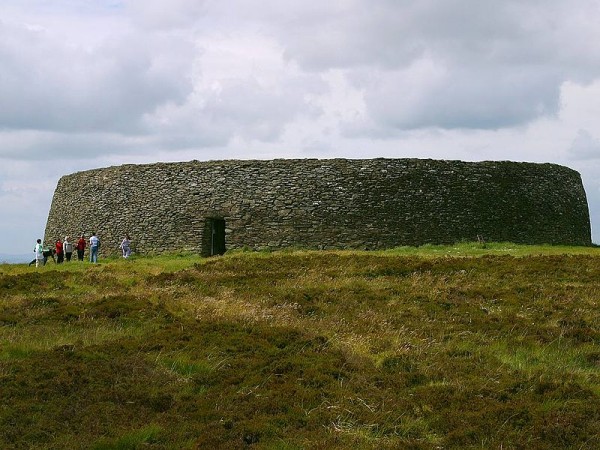 Grianan of Aileach: Fortress of the Sun.
Image: Jon Sullivan.

The origins of this National Monument date back to 1700 BCE, and is said to be a burial monument to one of the earliest invading King’s sons, though this is just one of a few theories.

It is one of the royal sites of Gaelic Ireland, and was once the seat of the Kingdom of Ireland. Through the centuries it has been witness to many a battle, and in 1101 was almost completely destroyed by the King of Munster. 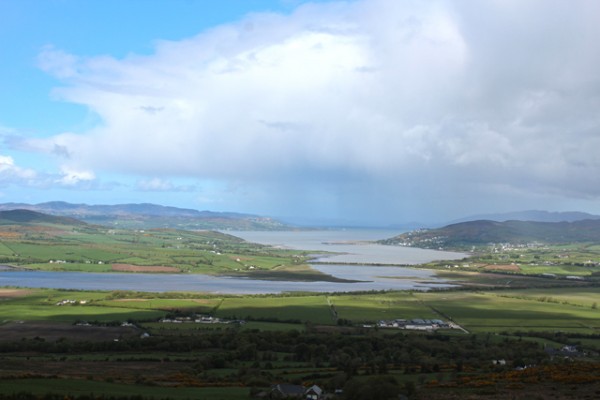 “The hillfort is one of only 5 Irish sites marked on Ptolemy of Alexandria’s 2nd century map of the world. From the 5th to 12th Century AD it served as the royal seat of the Ui Neill, ruler of the Fifth of Ulster, which extended from Tyrone to Donegal and beyond Partly destroyed in 1101 by Murtagh O’Brien, then ruler of the Fifth of Munster, in retaliation for the Ui Neill’s destruction of his royal seat at Kincora. O’Brien reportedly ordered his soldiers to each take a stone from the fort so that Grianan would be reduced to a ruin.”

It was left untouched and ignored for many years, until 1874 when an antiquarian from Derry, Dr Walter Bernard, took it upon himself to restore the ruin.

During subsequent restoration projects archaeologists discovered evidence of Bronze Age and Iron Age ramparts below the remains of the fort. 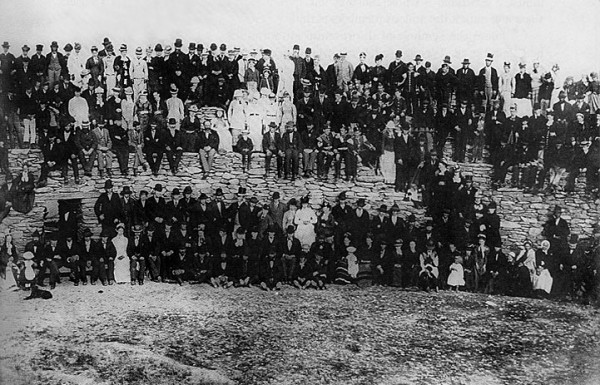 This historical fort was my escape as an angst-ridden teenager. I would sit with my legs dangling over the edge of the wall, blindly staring out across Ireland in all directions, but in my introspection and egotism see nothing.

Now, with an older head on my shoulders and wonderful life experiences under my belt, I am so happy to revisit my fortress of solace and be in a good, happy, fulfilled place. 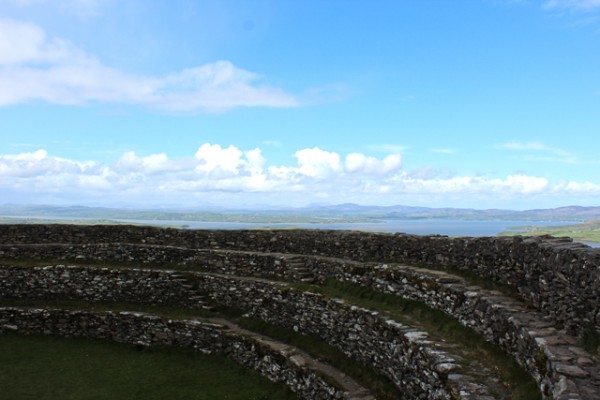 The stone walls of Grianán of Aileach, looking towards Muckish Mountain, near Creeshlough, Co. Donegal – where my family go way back.
Image: Linda McCormick/EcoTraveller.

For perhaps the first time, I realise I can see so much of my own history spread out before me. I may not be of royal stock, far from it, but from the top of the Grianán I could see my hometown in front of me and Muckish Mountain and surrounds – where my maternal side of the family hail – behind me.

A huge pang of homesickness in the pit of my stomach surprised me.

I felt more connected than ever before to this amazing historical site, yet in a few short days I have to leave Ireland and head back to my adopted Australian home. 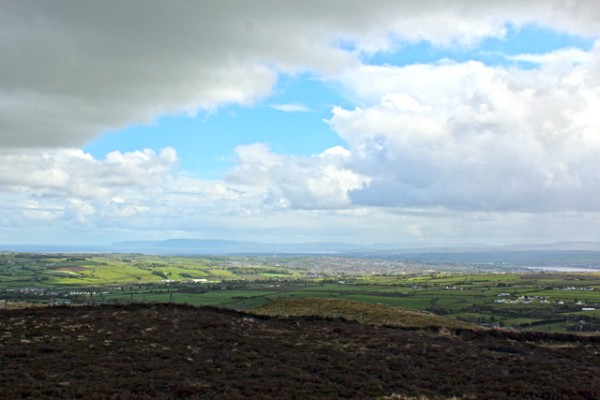 Looking towards Derry~Londonderry, and across to the Causeway Coast.
Image: Linda McCormick/EcoTraveller.

If it wasn’t so bitterly cold on top of my world, and my own little clan weren’t screaming, “I’m freezing!” at me, I would linger for a while longer. When you spend so much of your life moving from one country to another it’s hard to feel like you belong to any one place, but right here, right now I feel completely at ease with my place in the world. Completely at home.