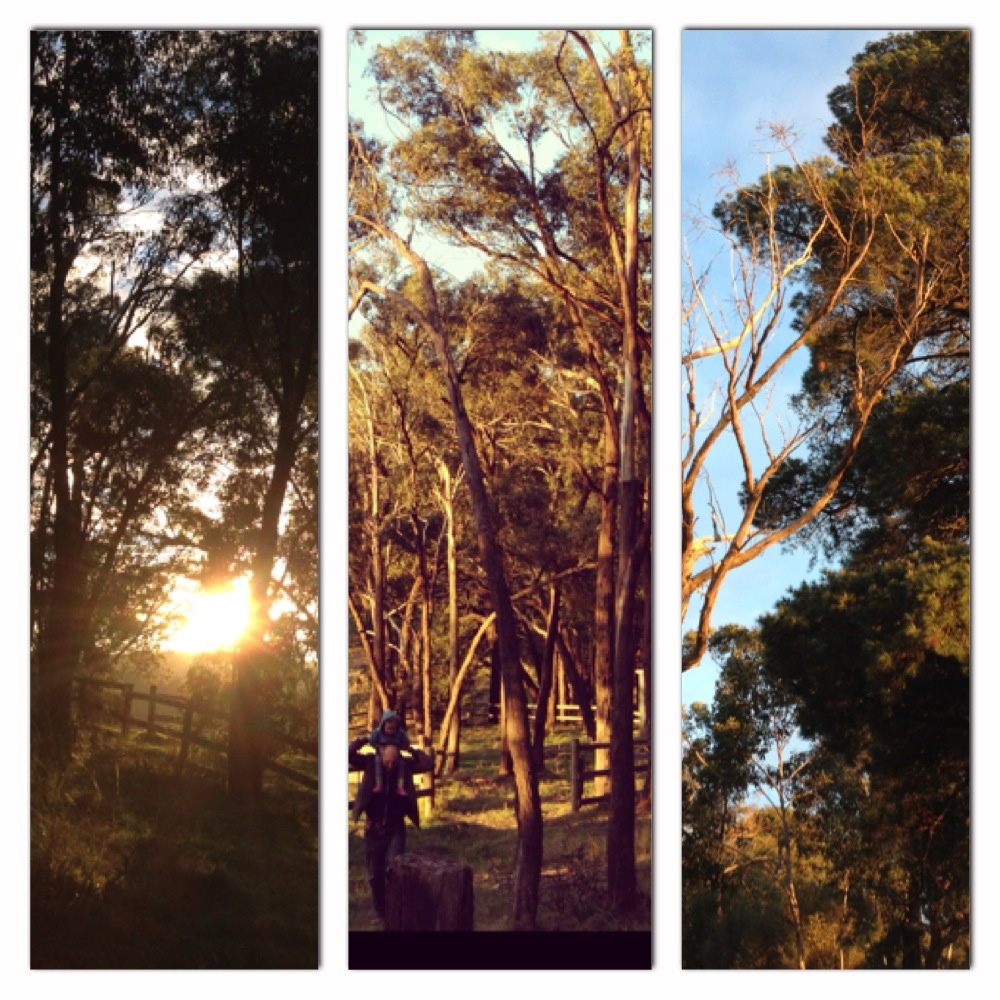 Far too many places get bad press, and unjustly so.

If I were to tell you how many people looked at me with shock and horror when I told them I spent a week in Pakenham (about an hour south east of Melbourne) recently you wouldn’t believe me. It was pretty much everyone. And when I asked why they thought it was so bad, most of them said they only heard it was, none of them had actually ever been there. Not one of them.

All their preconceptions were based purely on hearsay. 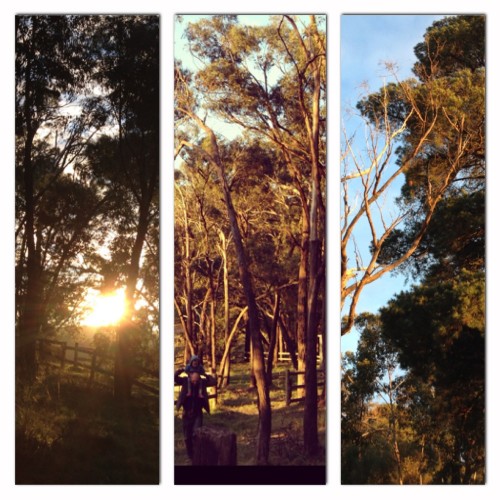 Once a sleepy country town, the area has grown significantly because of the good road and rail connections to Melbourne. In recent years, there have been a number of new housing estates built in the area – not the UK council housing estate type, more reasonably wealthy Stepford wife style – that appeal to those who can’t afford the exorbitant city house prices, and don’t mind a ready-made community. New shopping malls, schools and recreation centres have been built to accommodate the masses, turning Pakenham into yet another satellite suburb of an ever-sprawling Melbourne. 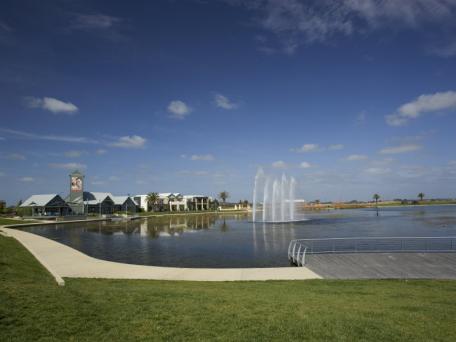 But, what makes some people want to steer clear of places because of presumptuous ideas, while others – myself included – will go out of their way to see what the big deal is about?

Yes, I’m one of those people who had to see what the Bronx was really like after dark. I was willing there to be a good earthquake when I was in California many moons ago, just to see what it was like (hey, I was young and naïve), and will routinely be tempted to do the exact opposite when someone says, “Ew, you really don’t want to go there, it’s grim.”

And so, I end up in a lot of places that seem mundane to some, but not to me. If I haven’t been there before it doesn’t matter what someone else thinks of it, I like to investigate it for myself. And if it’s a place that normally isn’t spoken very highly of, then I find it a challenge to uncover the hidden gems. 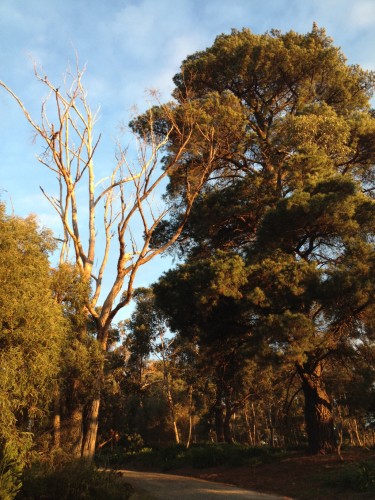 And it’s often not too hard to find little spots of goodness in places others don’t bother looking. You just have to look with fresh eyes, that’s when you see what others don’t.

Here’s what I found in Pakenham … and why I think there’s very little shocking or horrible about the place at all. Quite the opposite, in fact. 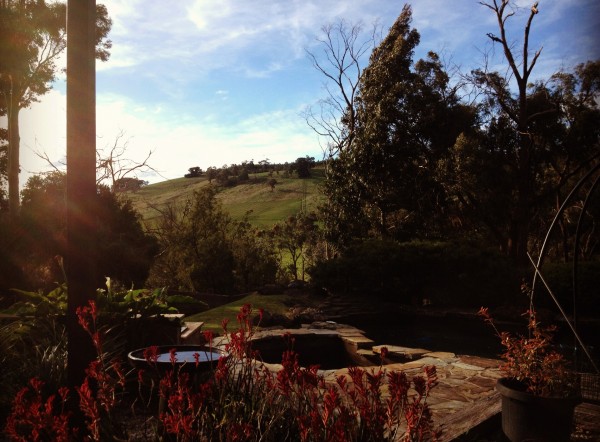 We were greeted with this view every morning. The cows would wander into the paddock on the hillside opposite after their milking every morning. Kangaroos nibbled the lawns and paddocks surrounding the house. And horses kept their beady eyes on us every time we left and returned to the property.

My two-and-a-half-year-old toddler now knows where milk comes from, where eggs come from, and that joey kanagroos live in “couches”. Yep, we tried correcting her, but she much prefers couch to pouch, and that’s just fine. 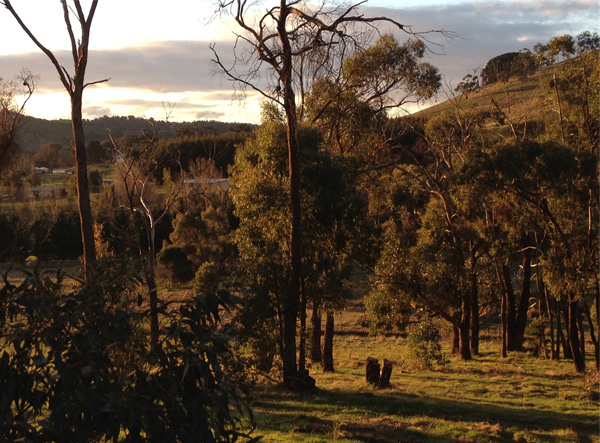 Behind all the new developments, away from the hustle and bustle of the highway, you’ll find wonderfully tall, ancient gum trees; of all varieties. They cast great shadows against the setting sun. 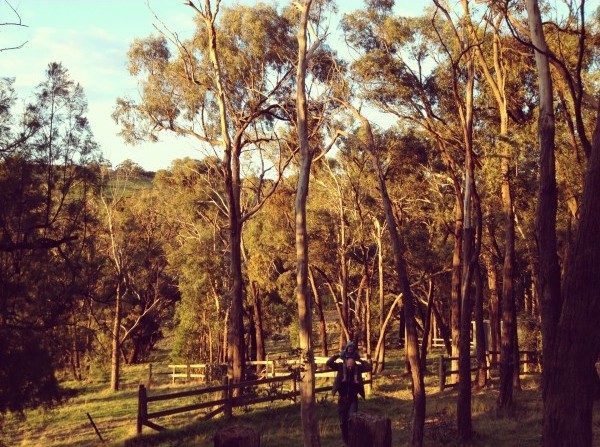 A billabong was hidden behind the gum trees at the bottom of the property. Resounding renditions of “Waltzing Matilda” ensued when I discovered after all this time a billabong was nothing more exotic than a small lake. 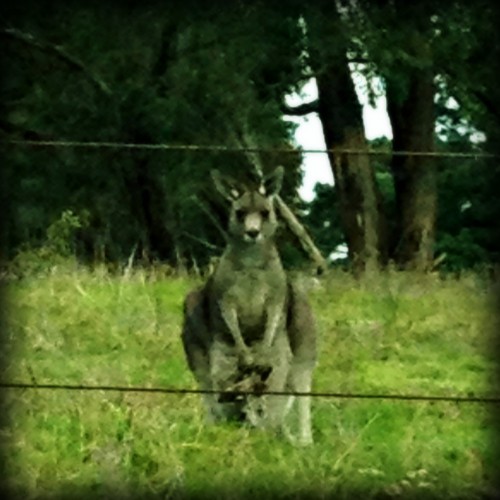 You don’t want to get too close to a mother kanagroo. This little lady gave me the firm eyeball for a long time. Shame I only had a phone at the time to capture her daring stare. The little joey had no idea we were watching; he just munched along quite happily. 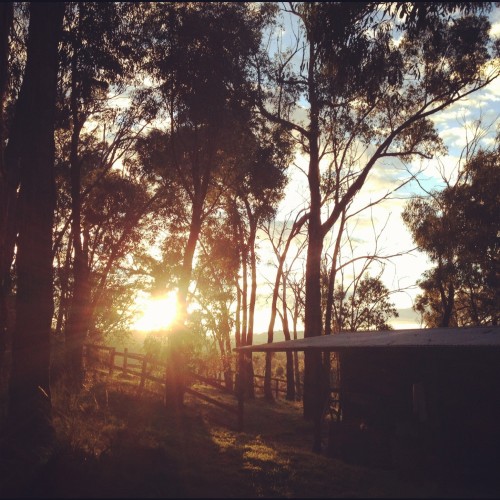 The sun setting on another wonderful day in the Australian countryside. Only the call of the kookaburra broke the silence.

Where have you been that gets bad press? Have you ever avoided anywhere based on what other people have said?