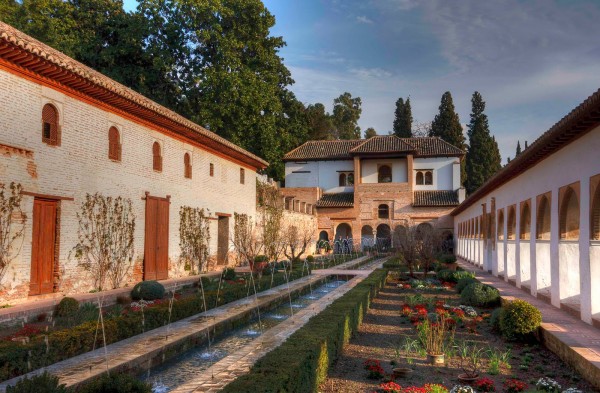 Glimmering before me, water seems to dance along the path like fireflies fluttering in the evening twilight. Light forces its way through arches creating reflections of their casted shadows. I am caught in a trance, transfixed by this unique architecture surrounding me; Moorish influenced with splashes of Spanish styles throughout.

Perched on a hilltop in southern Spain, on the banks of the River Darro, sits the Alhambra; an iconic relic of Spain’s Moorish past.

Often referred to as an “alcabaza”, or fortress, the wonderful Alhambra is so much more than that; it encompasses palaces, gardens, and intriguing examples of Moorish architecture throughout. It is also one of the most visited UNESCO World Heritage Sites in the world. 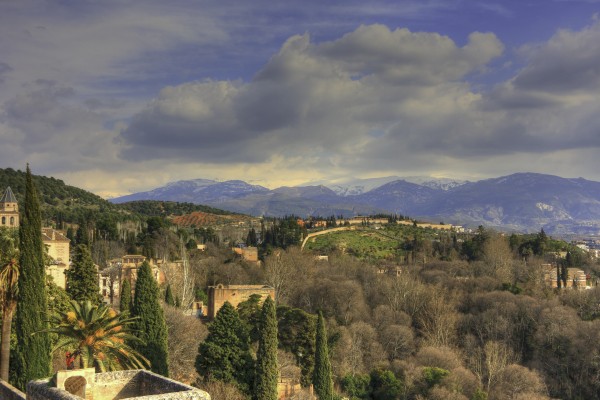 Overlooking the city of Granada, with the Sierra foothills breathing down on the town, it was a perfect location for the conquering Moors, who claimed the 9th century citadel on the site as their own. They added to the existing buildings extensively during the 14th century, resulting in a construction that was incredibly innovative for the time. Later rulers left their mark over the years, with the last additions being made in the 16th century by Charles V. 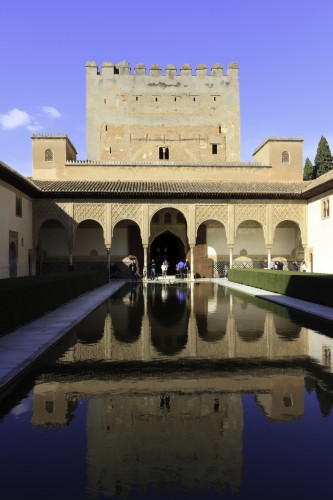 Standing in front of the Patio de los Arrayanes, or Court of the Myrtles, I am transfixed once again – the still water produces an exact replica; the arches cutting perfectly through the pool’s surface.

Walking through the gardens, water seems to be speaking to me as I pass by, guiding me through. As it flows gracefully downhill, I follow. Continuing on through the gardens, it’s as if the flow of water is endless. The complexity of the system is fascinating, a feat of ingenuity at the time. 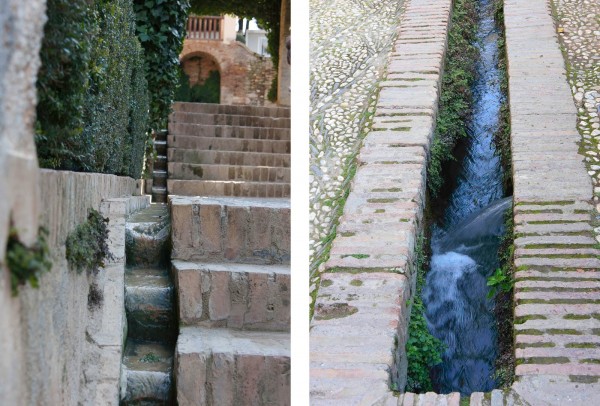 From dancing fountains and lions spurting water to horseshoe arches and intricate tiles carefully placed to result in astounding designs, the Moors had a wonderful way of integrating water and art. Water often features prominently in Muslim design to create a sense of continuity, a flow between indoor and outdoor spaces. Arabic flourishes influence every nook and cranny. There is no need to wonder why the Alhambra is preserved as a UNESCO World Heritage Site.

By definition, UNESCO world heritage sites are “….sites of outstanding cultural or natural importance to the common heritage of humanity.” The Alhambra is just that, outstanding. In order to keep it in that state for future generations the number of visitors per day is limited. Because of this, I would highly recommend buying your tickets online. 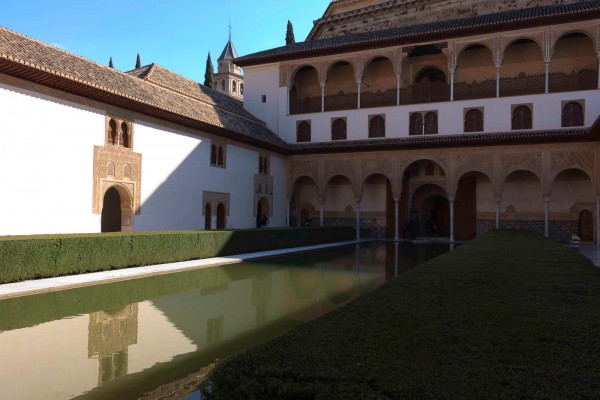 It’s comforting to know that this grand fortress that tells so much of a country’s history is being actively preserved. An ongoing maintenance and restoration programme is set in place to ensure the Alhambra remains one of the top UNESCO sites. This includes a conservation, archaeological and fauna biodiversity programme, which will oversee “the sustainable preservation, planning and management of the landscape, as well as the conservation of the ecosystems and natural habitats.”

Hopefully, you will enjoy the beauty of this captivating complex as much as I and respect all the efforts being made in protecting this ancient alcabaza; the Alhambra.