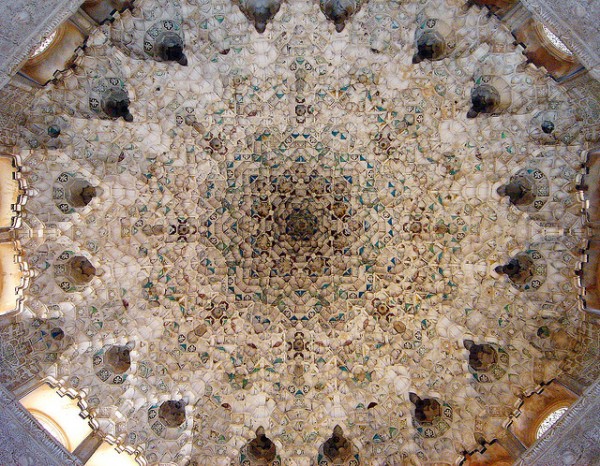 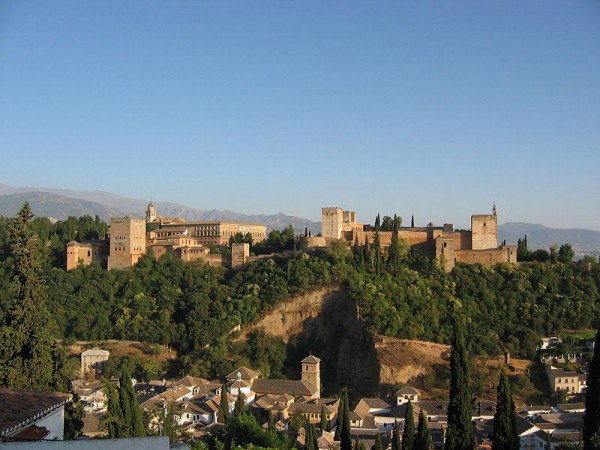 We recently featured a Journey Through the Alhambra; a personal account of a visit to the stunning UNESCO World Heritage Site. It is a truly amazing example of how architecture from various cultures and times can blend, and, over time, look as if they’ve always belonged together.

The Alhambra, located in the Andalucían city of Granada, was once home to the ruling Emirs in Spain, and it was for them most of the Moorish-style additions were made.

The flourishes, arches, curves and arabesques that so inspired Arabic writing influence every structure and space; Islamic architecture at its best.

Here we celebrate the patience and workmanship of the stonemasons of long ago. Their ability to carve even the smallest detail onto surface after surface is testament to an art form that is so sadly all but lost. And it is not always appreciated.

This is an opportunity to take time out, sit back, and marvel in the intricacy of their handywork. It’s only a shame we can’t be there in the flesh.

1. The Palacio del Portico, which dates back to the 14th century, is located in the upper part of the Alhambra, where the bedrooms and lush bathing spaces were situated.

2. Patio de los Arrayanes, or Court of the Myrtles, is where the wives and mistresses of the monarchs would have lived. Central to the court is a pool that aided in the cooling of the palace. It would have been difficult and expensive to maintain it properly, as water was in such short supply at the time. 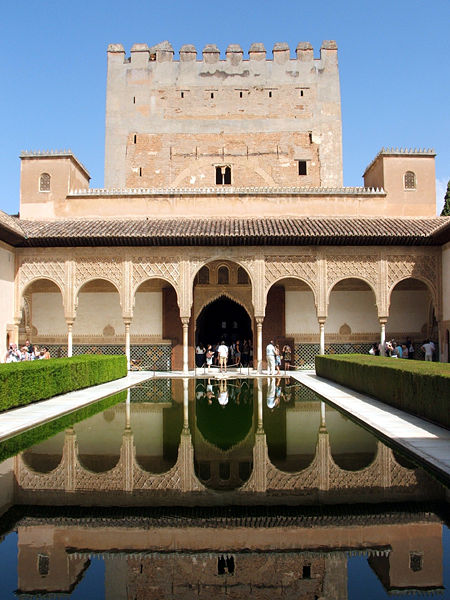 3. The repetitive sequencing of these tessellated tiles may have inspired one of Spain’s greatest architects to use bright, colourful tiles in his designs. Antoni Gaudí used them on the exterior and interior of many of his buildings, most of which can be found in Barcelona. 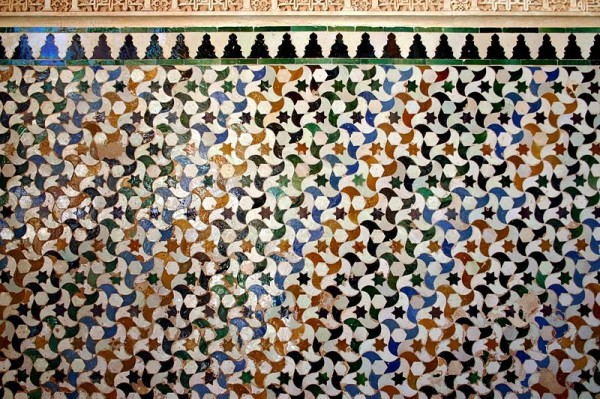 4. Typical Islamic-style windows. The eight-sided star above and centre of the windows is a recurring symbol in Islamic architecture. It is said to be the sign of the prophet and symbolizes the perfect accord between Allah, man and the universe. However, it is not unique to Islam; many other cultures use the same symbol around the globe. 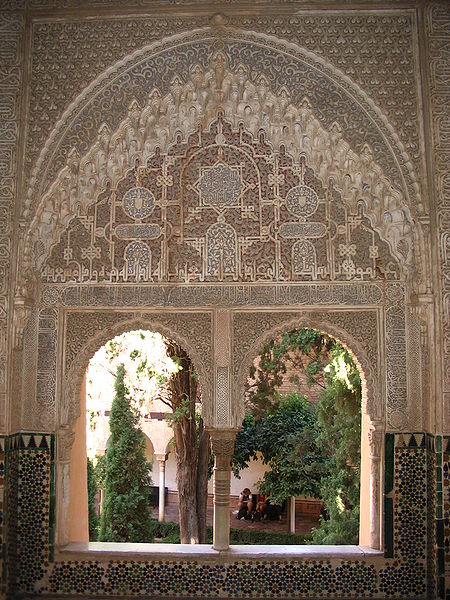 5. Courtyard of the Lions. Sitting centre stage of this courtyard is an alabaster fountain supported by 12 white marble lions, said to stand as symbols of strength, power and sovereignty. When the fountain was first created, every hour water would spurt from one of the lion’s mouths, a feat that would have required a great deal of technological ingenuity, and something that fascinated those that saw it at the time. 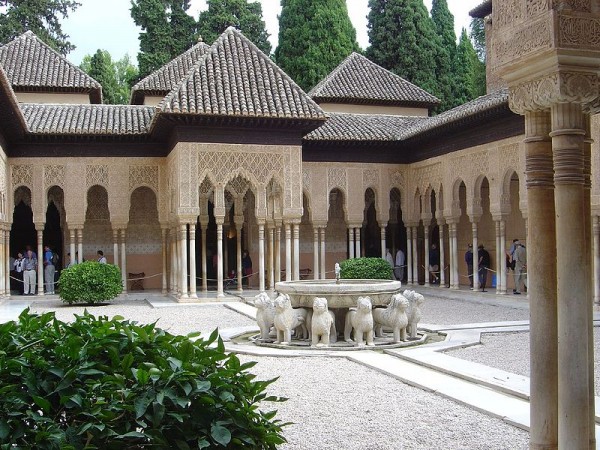 6. Courtyard of the Lions was built under the instruction of Mohammed V. It’s rectangular ground plan and gallery are more Christian in style than Muslim, but the exquisite inscriptions etched on to the stone tell exactly when and by who it was built. 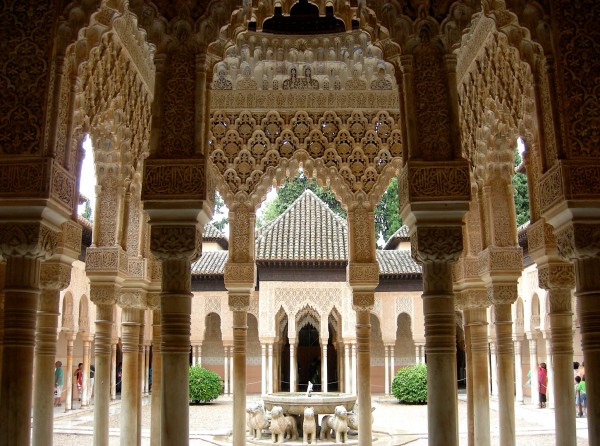 7. Detail of the cloisters, Courtyard of the Lions. The natural striations within the white marble enhance certain aspects of the coving, with colourful surprises wherever the eye looks. 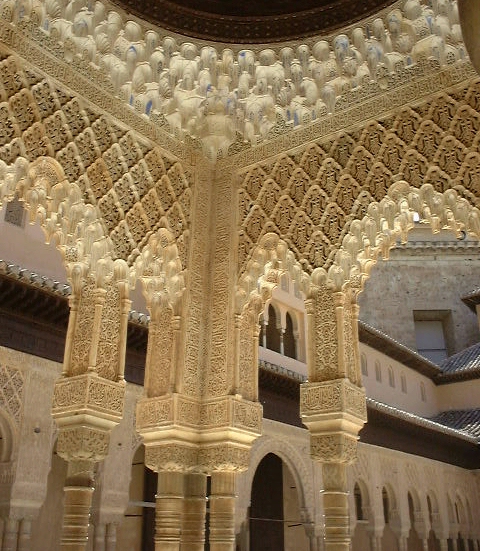 8. Both the composition and wonderful detailing around the door make for a great shot. The window offers a fantastic photo op over Granada. 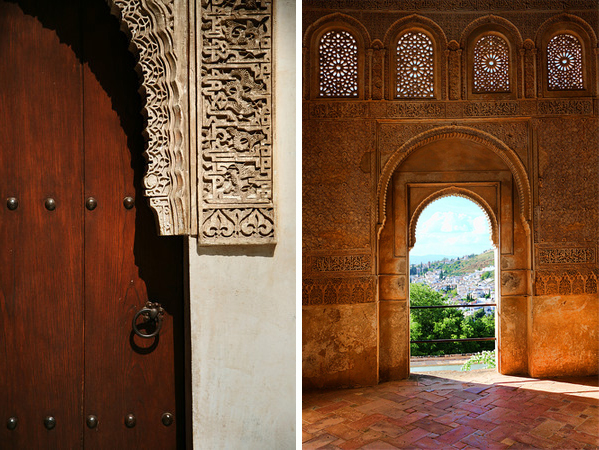 9. A beautiful example of the intricate stone work that is found on so many surfaces throughout the Alhambra. 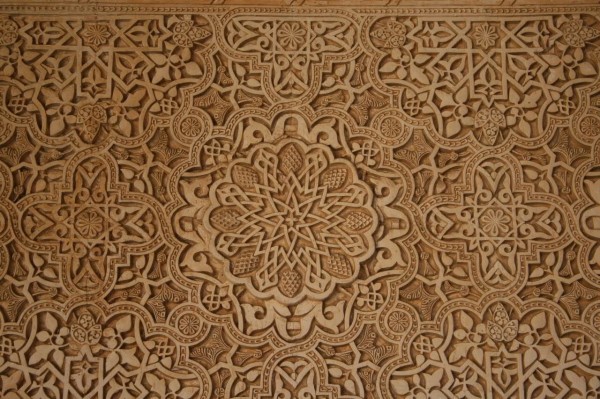 10. Note the same eight-pointed star design on the door to the right, and throughout the designs on the stone wall and arches. 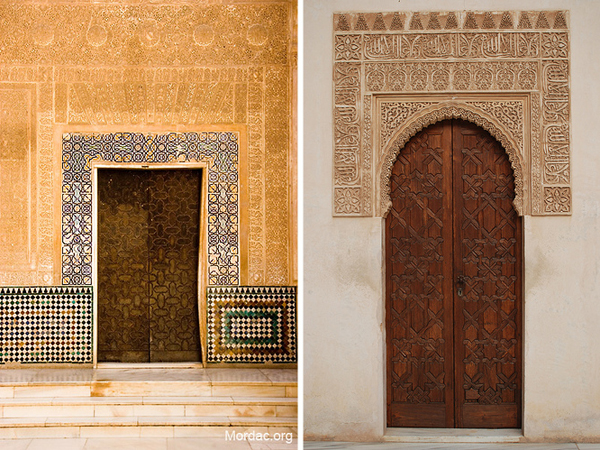 11. It’s hard not to be in awe of the workmen who carved details such as this into stone, with nothing more than a hammer and chisel. Astounding. 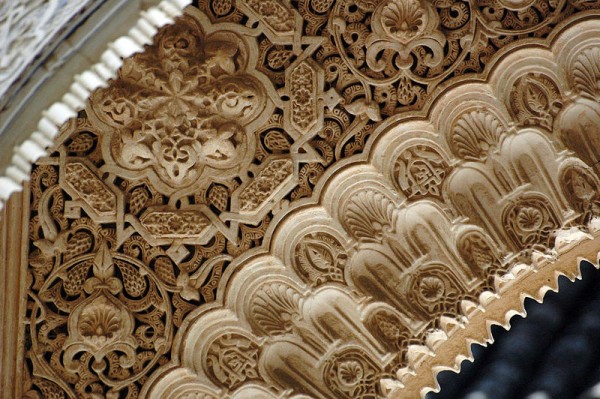 12. The detail on the ceiling reminds me of a snowflake viewed under a microscope. So much work! 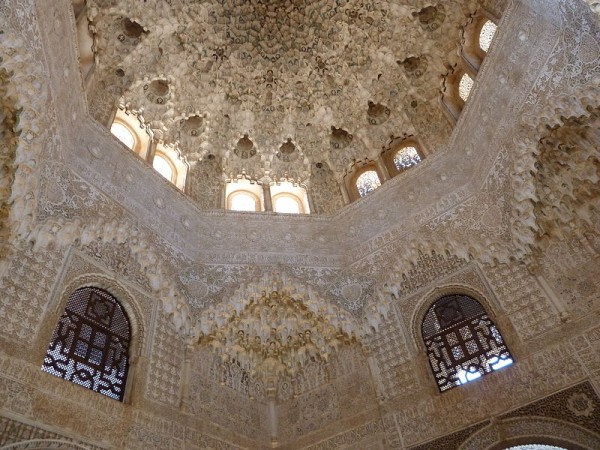 13. Beautiful images highlight the wonderful multicoloured hues of the marble. 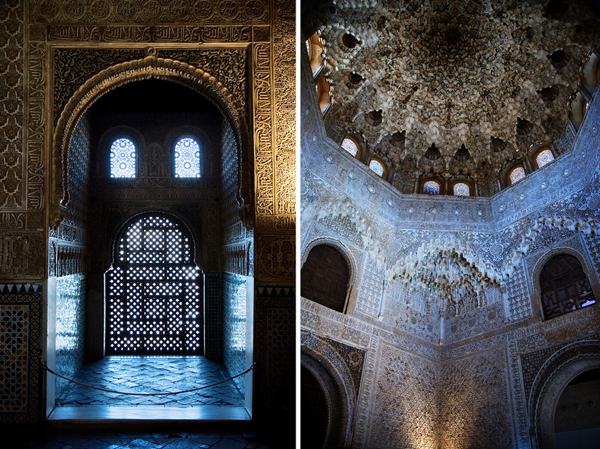 14. The eight-sided star from below. 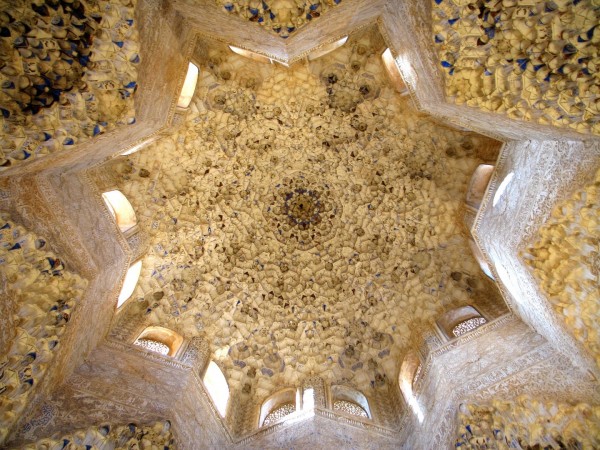 15. And how it might have been. The Hills of the Alhambra, by Samuel Coleman, hangs in New York’s Metropolitan Museum of Art. 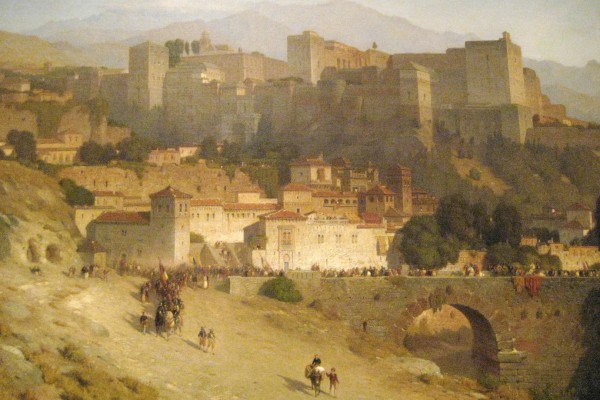 Painting by Samuel Colman via wallyg

What type of architecture do you like to track down on your travels? Feel free to share your favourite building in the comments below.