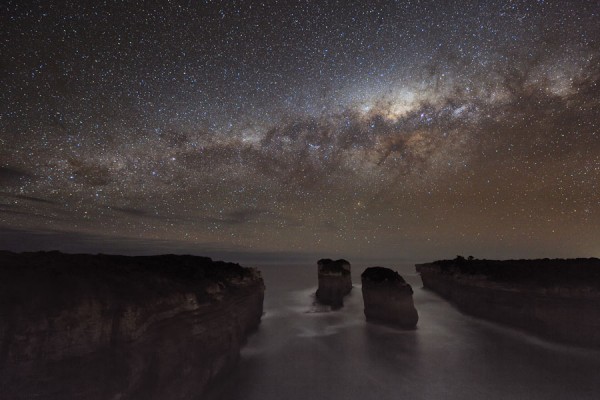 Image: © Alex Cherney via Astronomy Picture of the Day, NASA

It’s easy to forget what the sky at night looks like living in a light polluted city. Even on clear nights only the brightest and boldest stars are easy to spot.

Where I grew up, although our skies were affected by light pollution to a degree it never stopped us digging out the rickety sun loungers to lie back and do a spot of stargazing. Even on the super cold nights, we’d rug up on occasion and enjoy trying to pick out the constellations.

The Milky Way down under is a sight to behold! On clear nights, it appears to take on an almost 3D effect, with different layers coming to the fore as your vision adjusts with each glance. 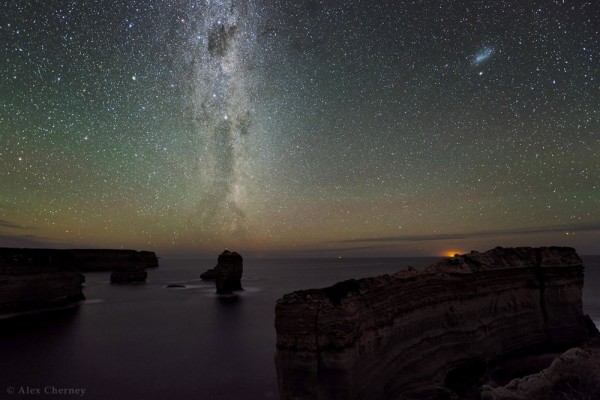 It’s easy to stand with your head tilted straight up until your neck aches; your eyes exploring all the galactic nooks and crannies while your brain tries to make sense of what it’s seeing, but never quite does.

Although it’s possible to get an amazing view of the Milky Way from much of country Australia, one of the best places I’ve viewed the star system is from the Great Ocean Road. Not often connected with stargazing, there are a number of spots along this scenic drive popular with amateur and professional astronomers.

Melbourne resident Alex Cherney is all too familiar with some of the areas along the Great Ocean Road, having spent night after night there photographing the skies.

Cherney has spent years capturing the beauty of the Milky Way over southern Australia in a series of photographs and timelapse videos, showing just how impressive the skies can be in this part of the world.

The clip below, entitled ‘Ocean Sky’, is the result of numerous night-time photography sessions over 1.5 years, totalling 31 hours of photo sequences.

(*Watch it full screen, if you can)

Alex has a number of mesmerizing images available on his website Terrastro.com
And check out this awesome virtual reality footage of the skies over Port Campbell National Park, home of the Twelve Apostles.

*The Milky Way is the Galaxy in which we live. It is a spiral shaped galaxy that contains about 200 billion stars, including our Sun. It is about 100,000 light-years across and about 10,000 light-years thick. From the Earth, the Milky Way appears as a band because its disk-shaped structure is viewed from within the Galaxy.