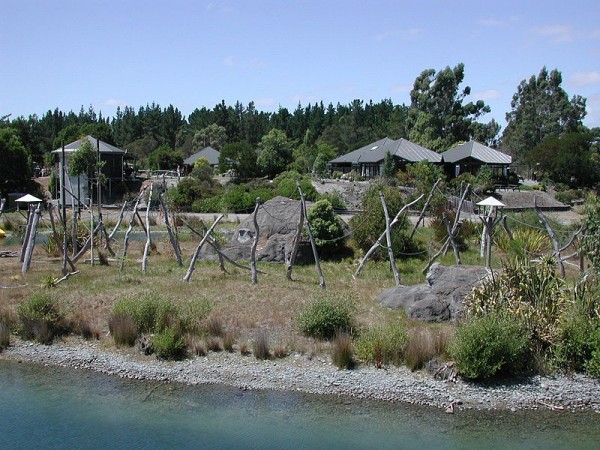 Lions and tigers and bears, oh my!

OK, so there are no bears here, and “Oh my!” weren’t the exact words in my head as I stood motionless in front of a very curious and very hungry lion, not two meters from my face.

Thankfully, said lion was safely ensconced on the other side of a sturdy fence that contained me, along with 15 other brave – or stupid – visitors to Christchurch’s Orana Wildlife Park.

We were partaking in one of the daily animal encounters available at the 80-hectare open range zoo, where visitors have the opportunity to get up-close-and-personal with the wildlife during feeding times.

It certainly made for a strange afternoon. Fifteen excited lion lovers had boarded the enclosed safari truck, along with one of the park’s keepers, and an inordinate amount of fresh meat. We were then driven into the depths of the lion’s enclosure and waited for their next move.

Of course, the lions in residence are well-versed in this daily process, so are a lot more relaxed about the whole affair than the truck’s passengers, each lion prowling menacingly closer to inspect the contents of the truck. It’s lucky for us they’re more used to dead fresh meat than alive fresh meat! 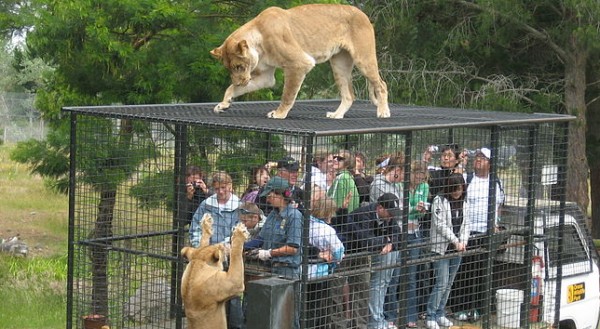 Alternative feeding time at the zoo!

Still, as a group we huddled together, probably closer than we needed to be. All need for personal space was abandoned. Survival instincts took over. Yep, even in the back of a truck in a zoo. Or maybe we’re all total wimps.

It was definitely a remarkable way to see the lions. Beats ye olde walkabout from the outside looking in, hands down.

Other encounters include, meeting the tigers, giraffe, cheetah, rhinos and lemurs. The rhino encounter was especially popular as only a few months before our visit a baby rhino had been born at the zoo. Unfortunately, the day we visited she was having a day off with her mum. 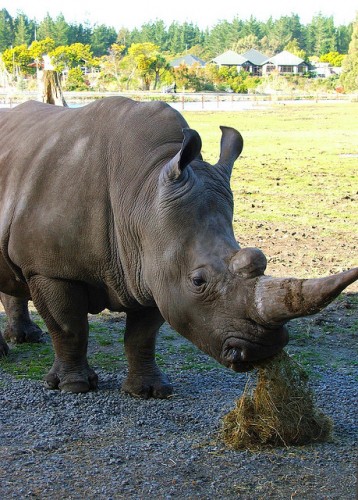 Tamer Things to Do

There are tamer things to do in Orana Wildlife Park. Located about 20 minutes from the centre of Christchurch, it is perfect for a family day out. As New Zealand’s only open range zoo it boasts an impressive array of wildlife. And although animals from the African savannah dominate, there are a number of native New Zealand species on display, too. But it’s the meerkat enclosure that’s guaranteed to draw a crowd.

Take a free Safari Shuttle around the park, or walk through it at your own pace. I was visiting with friends and family, so we had four young children to entertain for the day. And that’s what’s great about the park, it caters to all ages.

Before I had my fun with the lions, our group visited the farmyard section. This area caters predominately to young children, with plenty of opportunity to pet and feed the animals. Although, only the animal food available to buy at reception on entrance is allowed to be given to the animals, so keep your ham sandwiches under wraps!

We slowly meandered past the goats, pigs and chickens, watching as they wandered around their enclosures with little regard for us… until the temptation of food was rustled in their faces by tiny little hands. It didn’t take long before we had to fight off a small herd of goats.

Moving quickly on, we sought out the walk-through aviary, which, as aviaries go, is pretty impressive. Although the birds are enclosed the netting reaches relatively high, so they seem to have enough room to have a decent flight, which is something that always makes me uncomfortable with aviaries. I’m sure some of the birds have been born in captivity so probably wouldn’t survive in the wild, but I always seem to have to fight back the urge to set them all free. But, yet again, I managed to contain myself.

The Kiwi house was a bit of a highlight of the visit. Kiwi conservation plays an important role in the wildlife park, and here the endangered North Island brown kiwi is bred in the onsite kiwi breeding unit. 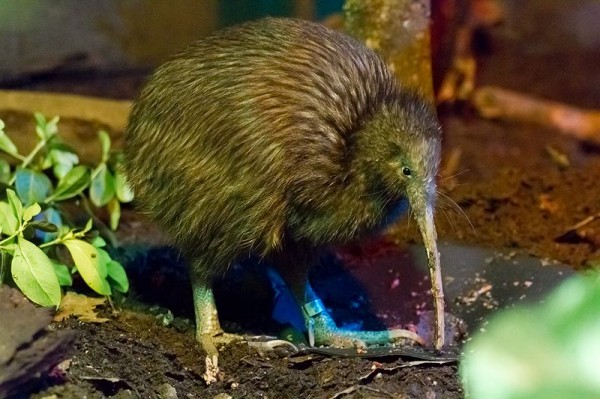 As nocturnal birds, the kiwis have a whole blacked-out building dedicated to them. I thought the younger children would be slightly panicked by the darkened enclosure, but it seemed they were too young to have developed a fear.

Meanwhile, us adults clearly had overactive imaginations from watching too many Jurassic Park type movies. Every little movement on the periphery of our vision resulted in a slight jump or flinch, even though we knew there were only kiwis inside… or were there?

Orana Wildlife Park is opened from 10am until 5pm. Adult tickets cost $25 NZD, children’s tickets are $8, and under-5s go free.

Hope you enjoy it as much as we did.

If you want to know more, check out this great video by BareKiwi:

Images: My own images seem to be hiding in a deep, dark crevice in my laptop somewhere, so thank you to everyone below for allowing your images to be used under Creative Commons. When I eventually find mine I’ll replace the ones displayed.
Thanks to – Pseudopanax / Greg Hewgill / Brendon Gloistein / Bannon Keft The Rohit