Brazil has Carnival, America has Thanksgiving, England has Guys Fawkes and Ireland has… Halloween.

Every year, in the City of Derry, Northern Ireland, the city council throws the biggest Halloween party in Europe to celebrate the souls of the dead. Well, you know the Irish, any excuse for a party. 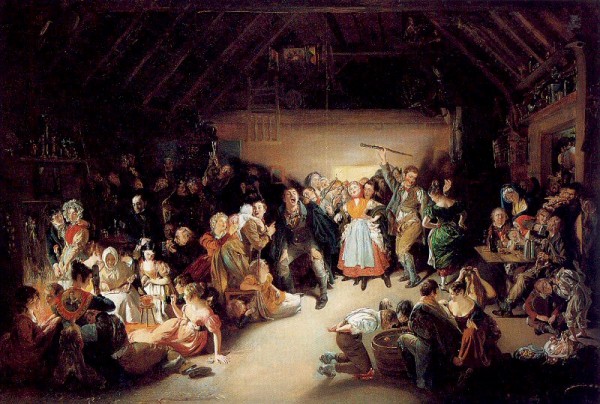 Snap-Apple Night, painted by Irish artist Daniel Maclise in 1833. It was inspired by a Halloween party he attended in Blarney, Ireland, in 1832. Image: via Wikimedia Commons

Frequently associated with celebrations in the US, Halloween, or Hal’ Eve as it’s known in rural Ireland, started around 5BC and, like many Christian traditions, has its roots firmly in old Celtic Paganism.

Originally called Samhain (pronounced sow-en), the Druid festival celebrated the official end of summer. On this day, Celts believed time was suspended allowing the lost souls of all those who had died throughout the year to return in search of bodies to possess. It was thought to be their only hope of an afterlife. So, on the night of the 31st October, people would dress up as spirits of the underworld and noisily rampage through the village in an attempt to scare away or confuse the souls of the dead.

Communal bonfires were lit, which represented the sun and aided the Druids in their fight against the dark powers – a tradition still practised in Ireland today; lighting bonfires, that is.

It was also a chance to wreak havoc in normally quiet areas. Villagers would play pranks on each other; cattle would be moved from one field to the next, gates were unhinged and people’s belongings moved from house to house. The custom of trick or treating may have come from this as well as being influenced by the Druid ritual of going from house to house collecting offerings of bread and fruit for the feast honouring the dead. Trick or treating has since evolved and become more elaborate; great fun for some, not for others.

It was only in 835 AD that Samhain was renamed All Hallows Eve by the Pope, or the night before Hallowmas – a day to celebrate the saints in heaven, in an attempt to dissolve all Pagan festivals and integrate them into the Holy Calendar. It obviously didn’t work very well because now Halloween is bigger than Christmas, for some. 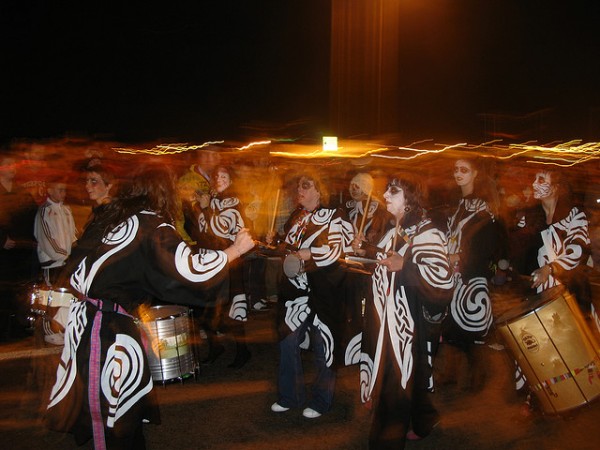 In Derry, the whole family get involved and preparations start months before. There are costumes to plan, floats to design (though they haven’t quite reached Rio’s standards yet), fireworks to organise and, of course, turnips to choose. This is serious business.

And yes, you read correctly – turnips. Long before pumpkins ruled the Halloween vegetable patch there were turnips wars come October in Ireland to find the biggest and best turnip to make your Jack O’Lantern. According to folklore, a drunkard called Stingy Jack tricked the devil, who doomed him to wander the earth in the dark, forever. The devil gave him an ember from the fires of hell which Jack placed in a hollowed out turnip (his favourite food) to keep it burning longer. Irish immigrants found pumpkin more plentiful in America and so carved them instead. Pumpkin carving has since taken over turnip carving, even in Ireland.

Now, every year in Derry the tradition continues and on the 31st October, children, parents, grandparents and the dog all don their painstakingly made costumes and head over to Guildhall Square for an open air music festival followed by a carnival procession, all culminating in a firework display over the River Foyle, large enough to scare any soul.

This year, because Derry~Londonderry is the UK City of Culture 2013, a whole week has been set aside to celebrate this fantastic family-friendly event. It is going to be huge! And I cannot believe that, yet again, I am missing the best party in the world! Next year… next year.

Ryanair flies into the City of Derry airport twice a day or you can fly with a number of airlines into Belfast and catch a bus to Derry, which takes 1hr 40minutes.

Do you celebrate Halloween?