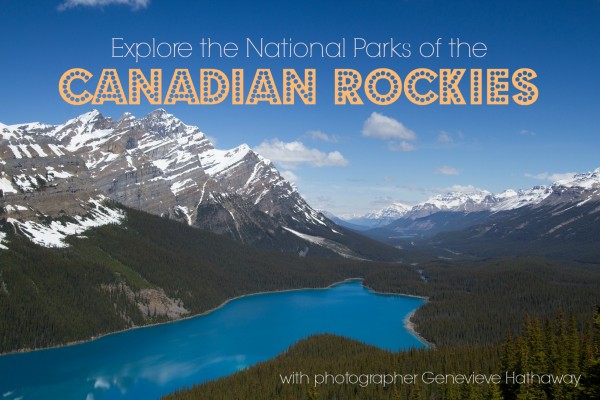 All images © Genevieve Hathaway. No images to be reused or reprinted without prior consent from the photographer.

This region of Canada, which encompasses Alberta, British Columbia, Saskatchewan and Manitoba, can be summed up in three words – big, bold and beautiful.

Our journey overland with G Adventures took us through two of the provinces, starting in Calgary, Alberta across to the British Columbia coast. A distance of over 1600km, retraced the footsteps of the early explorers through parts of Canada that are still wild and undeveloped, as they were hundreds of years ago.

Caribou, bison, moose and elk still graze in the lowland meadows. Eagles patrol the rivers and coasts of British Columbia. Mother bears with their cubs can be seen roaming the grasslands in the spring, and ancient glaciers, though receded since the times when they carved and shaped this dramatic land, can still be explored.

During a 12-day journey by vehicle from Calgary, also known as the “Heart of the New West,” to British Columbia’s metropolitan Vancouver; we passed through many iconic national and provincial parks including Banff, Jasper, Yoho, Mt. Robson, Kootenay, Wells Gray, Pacific Rim, Green Lake, and MacMillan.

We had opportunities to walk with giants in the towering old-growth forests, hike above slot canyons, whitewater raft the powerful Wild Horse River, fly through the trees on ziplines and canoe the remote waterways of Wells Park.

We saw migrating Gray Whales off the coast of Tofino, went off-road ATVing, hiked near glaciers in Icefields Parkway, soaked in mineral hot springs, and explored western Canada’s culture in its vibrant cities.

Along the way, my camera was by my side, ready to capture the memories we were making. Alberta and British Columbia are easy on the eye and the lens. Whether you’re a pro or an iPhone enthusiast – be sure to pack your camera of choice. Below is a little of what’s waiting for you: 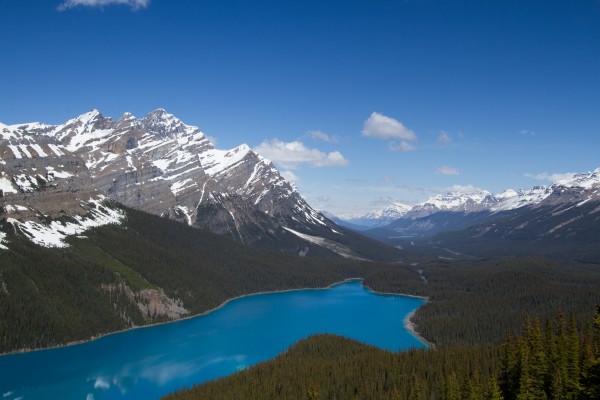 View over Peyto Lake. One of Icefields Parkway’s many stunning turquoise lakes situated amongst the soaring peaks of the Canadian Rockies. 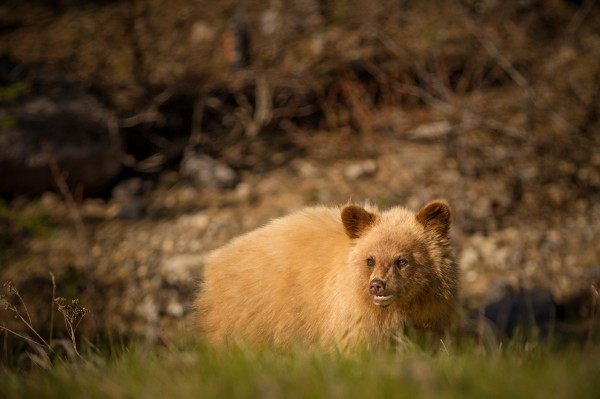 Cinnamon colored Brown Bear cub out for a spring time stroll with mamma bear and a sibling. Bears are common throughout Alberta and British Columbia. 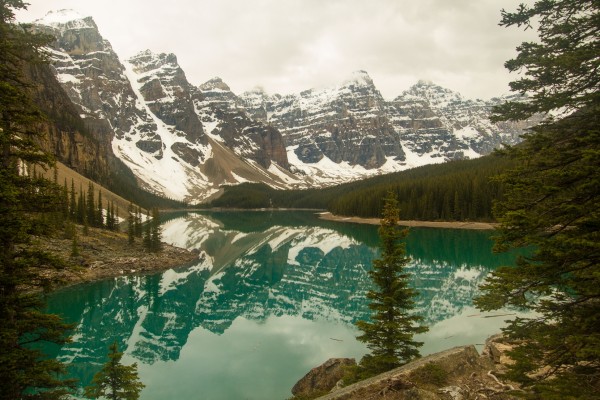 Turquoise waters of Moraine Lake. The minerals of high alpine lakes give the water rich, jewel-tone hues of teal, turquoise, blue and green. 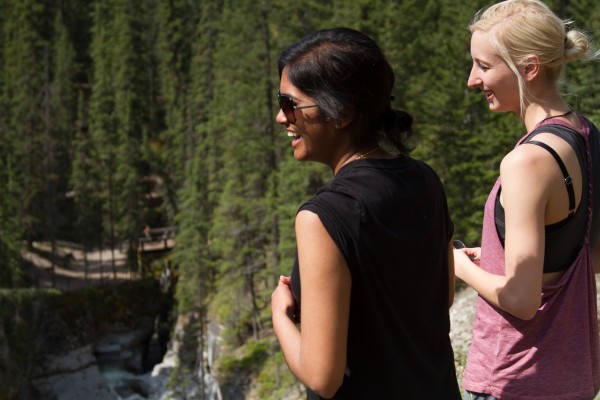 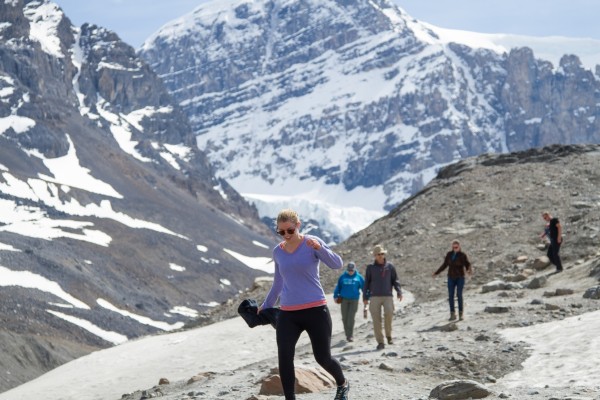 Exploring the Columbia Icefield in Icefields Parkway. A chance to get up close and personal with a glacier. 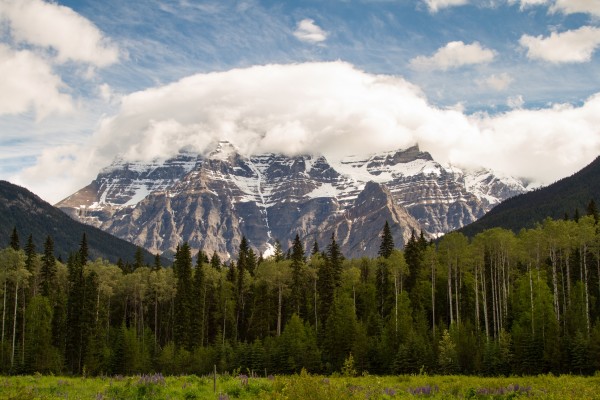 Mt Robson, at 3,954 m, is the tallest peak in the Canadian Rockies. It stands on the border between British Columbia and Alberta provinces. 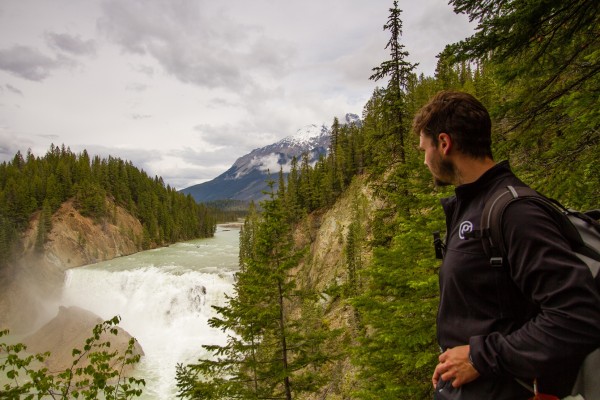 Wapta Falls in Yoho National Park. Yoho is a Cree expression for awe and wonder. 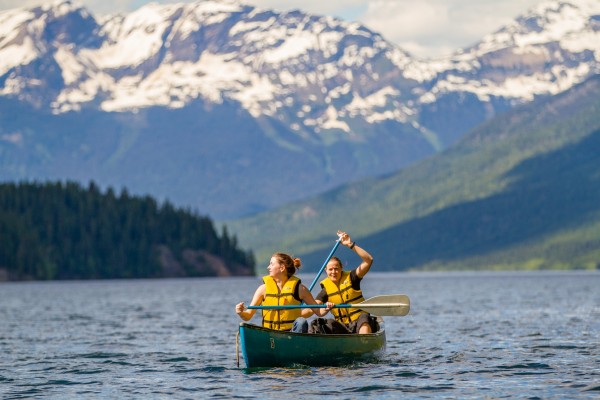 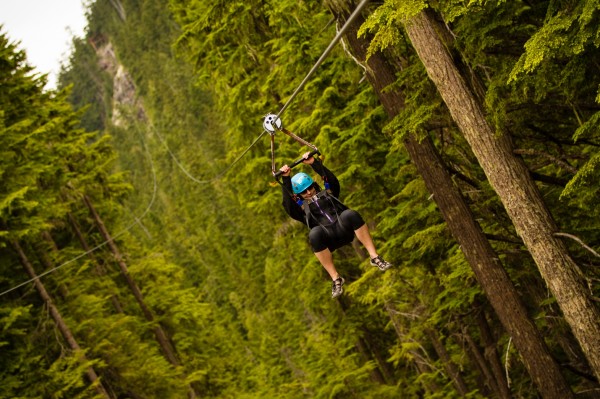 Zipline through the trees and between the peaks in Whistler, one of the many summer adventure sports opportunities in the area. 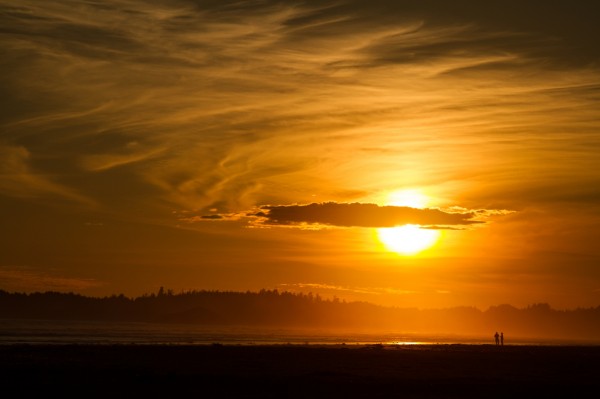 Sunset on Long Beach near Tofino, Vancouver Island. After nearly two weeks of being dwarfed by massive mountains and forests of Alberta and BC, the sun setting over the Pacific Ocean seems otherworldly.

To thoroughly explore western Canada, drive overland through the national parks. You can drive from the United States into Canada or rent a car in Calgary or Vancouver and leave drop it at the other end of your trip. Grab a group of friends and make a min-epic roadtrip out of exploring the best of western Canada’s stunning wilderness! Or let G Adventures do the driving and hop on one of their independent-style small group tours.

Which Canadian National Park are you itching to get to?