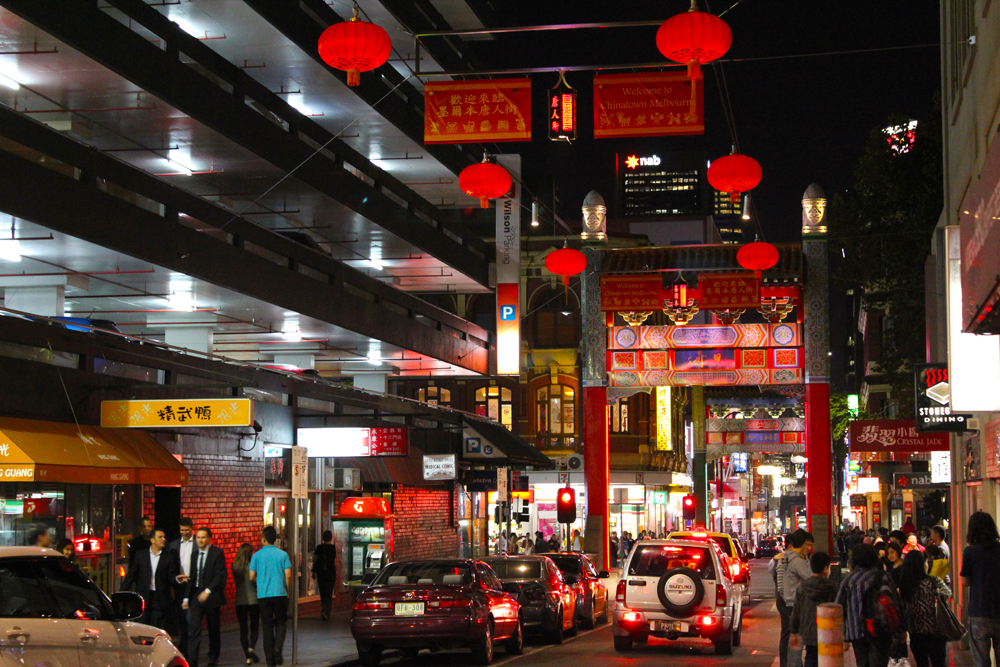 “So, how do they get the soup inside the dumpling?” I asked, biting through the white luscious surface to let the salty contents pour forth.

With a smirk, our guide Monique said, “Ha, I was just waiting for someone to ask. Someone always does.”

Her answer made me stop mid-swallow.

We were sitting in Shanghai Street dumpling house savouring their infamous Xiao Long Bao, which have had a cult following since day one. It was our third restaurant on the dumpling discovery tour and I was quickly developing a whole new appreciation for these little morsels of goodness.

“Aw no, you’re going to tell me there are lips and eyeballs in there or something, aren’t you?” I groaned.

“Close, but no, it’s not that bad,” assured Monique. 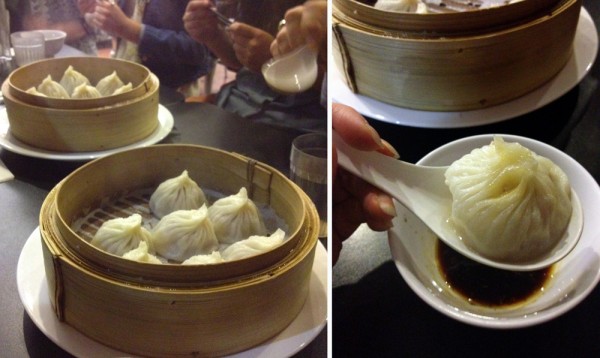 “They make a stock from the off-cuts of meat used in the restaurant. When it’s cooled they remove the gelatine layer, cut it into cubes then place a cube in each of the dumplings when they’re being made.”

Rather than being put off, I was impressed by the ingenuity involved in making a meagre dumpling. It’s quite an art form, really.

As with every dumpling, there’s a specific way to eat it. This one you scoop onto a Chinese soup spoon using chopsticks. Hold the dumpling by the pinched, peaked top then bite into the side of the dumpling and slurp the soup out. Yes, slurp. This nuance normally so frowned upon at western tables is positively encouraged here.

The tour had started out at a pre-arranged point in the city centre; there, Monique from Walk Melbourne talked us through the plan for the night. Our group of nine would visit four of Melbourne’s fine dumpling establishments during the evening tour, which lasts three hours.

North East China Family on Elizabeth Street was the first stop. Here we learned about the origins of the dumpling. Known as Jiao Zi, dumplings date back 1800 years to the great traditional medicine practitioner Zhonging Zhang of East Han Dynasty in northern China. He filled dumplings with medicine and gave them out to the sick and poor, with great results. They soon became a staple in the diet. Each family have their own method of preparation, like the dumplings served at North East China Family, which are a recipe perfected by the restaurant owner’s ancestors. 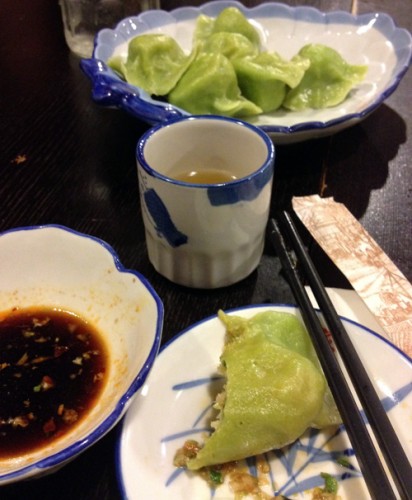 First dumplings of the night at North East China Family, on Flinders Lane.

Two plates laden with bright green spinach dumplings stuffed with cabbage and carrot were set in the middle of the table, sending my salivary glands into a little samba all of their own. I was hungry, but etiquette overcame my urge to be the first to dive in. Instead, I busied myself making a unique dipping sauce under the tutelage of Monique, who recommends just a few drops of chilli oil in a small dish of soy sauce. I was careful – I wanted to preserve the tastebuds for later. Gingerly, I took a bite and waited for the sting. Mmm, bite-sized perfection.

On the walk to the next dumpling house I discovered the walking tours have been running for a about a year and a half now. Monique left a well-paying corporate job to do something more fulfilling. Being passionate about Melbourne’s food, wine and coffee scene she decided to share her love for her native city and its cuisine with others through a series of tours.

Stopping outside Dolan Uyghur Food Heaven Monique explains, “I found this place completely by fluke and happened to come only four days after they’d opened. I’ve been nearly every week since.”

A small unassuming doorway leads us into a brightly lit room with musical instruments and tapestries hung on the walls. It’s a busy place, with waitresses serving steaming lamb kebabs. Er, kebabs in a dumpling house? 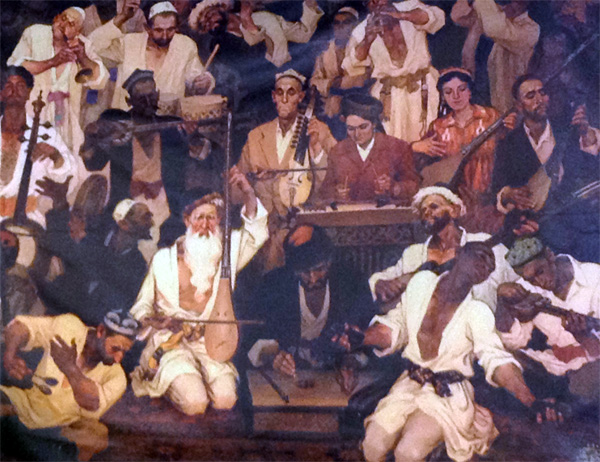 The owner – originally from Kyrgyzstan – is Uyghur, an ethnic group in western China. They are Muslim so no pork features on the menu, but lamb is a good replacement, and makes the traditional Chinese dumpling a whole lot meatier. The fine, white, silky dumplings are packed with shredded lamb. Along with the perfect sauce mix and the fact they dished out three per person, it was easy for this carnivore to rate the dumplings winners of the night.

The third restaurant, serving the perplexing soup dumplings is the smaller sister of Shanghai Street dumpling house on Little Bourke Street. This La Trobe St branch was the longest walk of the night, but worth it.

After enjoying Shanghai Street’s offerings, we meander back towards Chinatown and stop at the entrance of a dimly-lit, narrow alleyway. The group hesitates.

She’s been on mark to this point, so like the momentary tourists we are we follow Monique down the proverbial rabbit hole to our final dumpling house, Yamato. 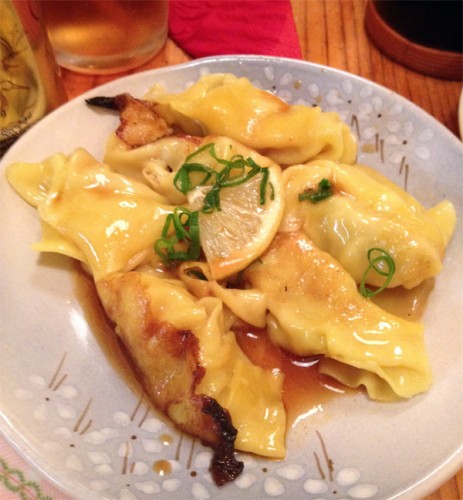 Manoeuvring past elbows to the sunken table at the back of this tiny Japanese restaurant we settle in to rehash our dumpling encounters of the night, and wait for our last taster. Silky, smooth gyoza, filled with ginger and pork, and laced with the dipping sauce of the house are a fine way to finish.

Monique’s book Devouring Melbourne: Uncovering a Delicious City was released November 2013, and is available for purchase through the Walk Melbourne website.

* Disclosure: I was a guest of Walk Melbourne

A portion of this article appeared in the Sun-Herald Traveller section last year (Sydney Morning Herald’s Sunday supplement). Such a shame this version didn’t make it to print, as planned.