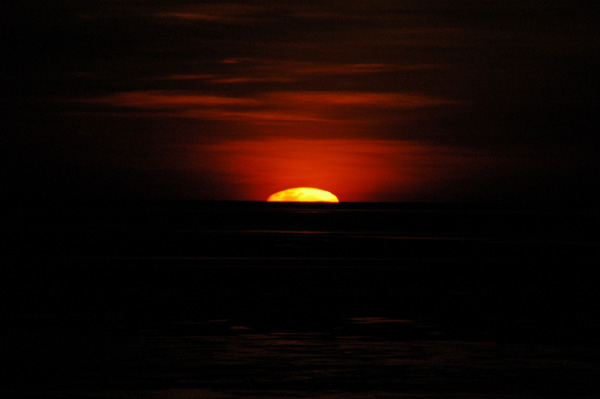 Smugly spreading our rug on the grass verge on the beach front, it’s hard to hide the satisfaction of landing one of the sweetest spots to view Broome’s natural lunar phenomenon – Stairway to the Moon.

Expensive cameras atop their tripods sit dotted around us. Photographers, both professional and amateur, wait in poised position to snap the reflection of the moon rising across the mudflats of Broome’s main beach, Roebuck Bay.

Yet, just as we start to get comfortable the crowd disperses.

Hold on, is that it? Did we blink and miss this awesome sight everyone’s been banging on about?

Then, just as I’m about to add it to the pile of disappointing travel build-ups that never happened we realise people are starting to trickle to the other side of the wharf. By the time we clock we’re facing in the wrong direction a huge crowd has gathered on the wharf and is lined along the jetty. It’s jam-packed and we wonder whether we’ll see the moon rise at all through the throng of people.

So, this time we have to hunt for a clear space, somewhere big enough to not get squashed in the melee and high enough to see over the heads of the crowd.

We end up on a grassy knoll on the edge of the park-stroke-cemetery, right beside the local drunks. Lovely. Makes for a bit of entertainment while we wait for the main show, anyway.

The usual thing happens when a crowd is waiting… impatiently.

“What time do they say it’s going to happen?”

“What time is it with you?”

“Is that the sun or the moon?” [I swear, that is an actual question I heard.]

“Is it happening yet?”

Yeah, you know what I mean.

As the crowd grows, emotions are stirred. A few photographers give the local drunks something to gawp at for a change when a couple start grappling at each other’s throats while vying for the same prized spot.

With all the commotion I’m expecting the second coming at this stage.

Slowly, just in front of the old battered stone wall quay, the light begins to change.

The moon rises slowly in the distance, and from previous nights skies I knew that it would have a tinge of orange, but nothing as bright as this. 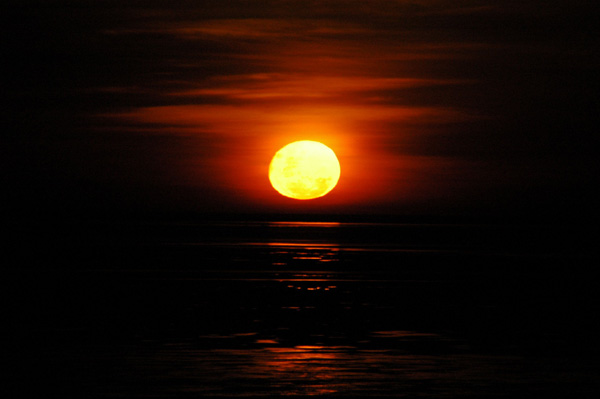 Like a ball of burning amber, the moon floats higher and higher above the water. Its reflection lights the striations of the corrugated mudflats in a narrow line below, giving the impression of a flight of burning stairs leading right to the moon. 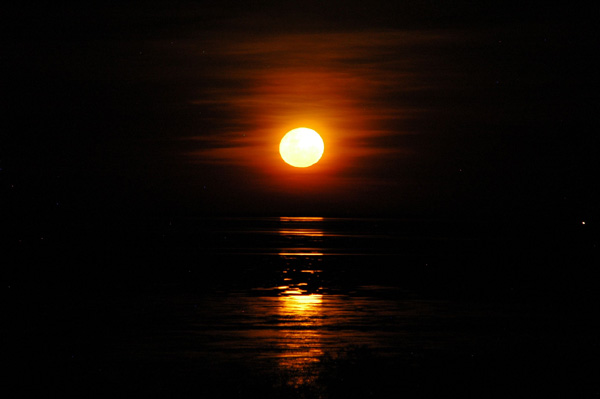 Everyone stops to take it in.

And for one tiny moment the crowd is quiet, the drunks silence their rambled mutterings, even the dogs stand motionless. It is beautiful. Peaceful. Still. 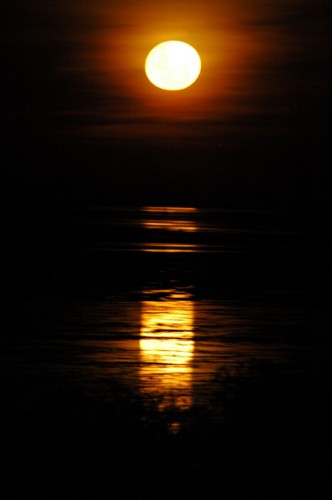 Then, as if a plague of locusts have descended, a cacophony of clicks fills the air.

Broome is lit up with the frenzy of flashlight, and the moment is gone.

The crowd revert to their jostling, fevered behaviour. Everyone with a camera elbows, bashes and cajoles their way to getting ‘the shot’.

It’s mayhem once again, and all us poorly-positioned amateurs are photographing is everyone else’s flashes – that’s what happens when a few hundred people try to take the same photo in the dark. Even the pros look as if they’re having problems.

I’ll never make a serious photographer. I give up. I realise I’m missing this wonderful natural phenomena because I’m too busy trying to capture it.

Instead I sit back, cuddle closer to my family and enjoy. 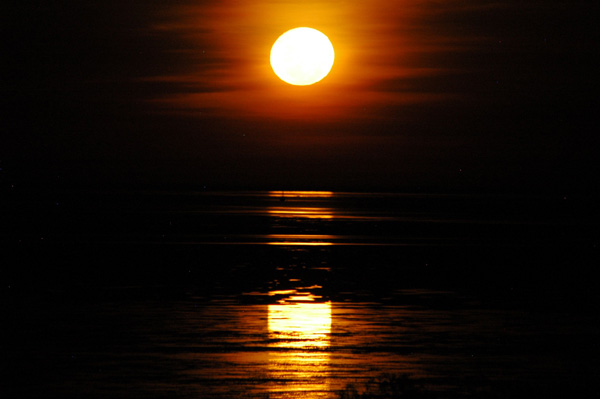 Stairway to the moon occurs once a month over a three day period from March to October, so if you want to see it you need to plan your travels around those dates. Broome’s community website releases the dates every year.

Image Credits: © Simon Hoey. A BIG thank you to my lovely brother-in-law Simon, who waded through mudflats and mangroves to get these fab shots. Get a Flickr account, man!